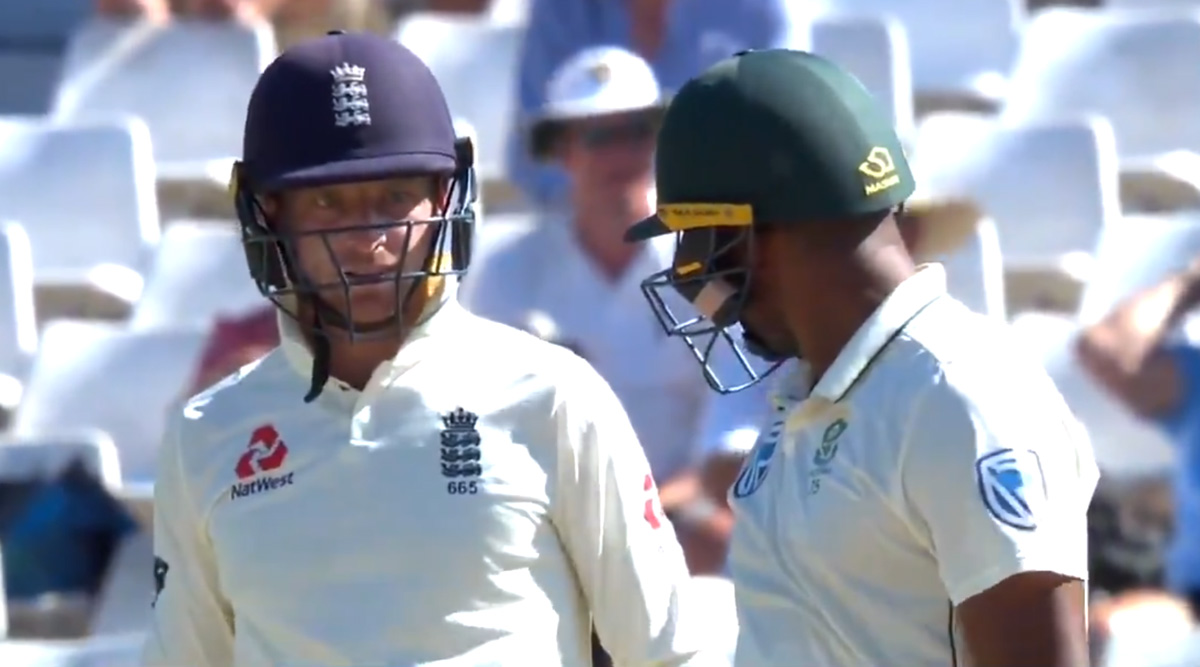 England registered a thrilling 189-run win over South Africa in the second Test match to level the four-match series 1-1 at Newlands here on Tuesday. It was because of some quality and all-round bowling effort by the visitors which helped England to gun down the hosts, who were chasing a 438-run target, at 248 runs. Jos Buttler May Face Fine For Abusing Vernon Philander With 'F' Cuss Word During SA vs ENG 2nd Test Match (Watch Video).

While all-rounder Ben Stokes missed out on his hat-trick, he impressed everyone in both the departments of the game after returning with figures of 3/35 after some great batting performances in England's first and second innings. Joe Denly and James Anderson bagged a couple of wickets each.

LOTS having a go at @josbuttler here!

This is Test Cricket and believe me, this is nothing compared to lots that goes on, on the field.

South Africa won the first Test at Centurion. During South Africa's second innings when the hosts were playing for a draw, the stump mic picked up Buttler launching an angry tirade at Philander after he appeared to get in the way of a throw to the stumper.

Ben Stokes, who was stationed at first slip, also joined him, saying: "Don't stare him out. He's got a point, mate." Many slammed Buttler's aggressive behaviour on social media, especially his expletive laden rant but Pietersen jumped to the defence of Buttler.

"LOTS having a go at @josbuttler here! LEAVE HIM ALONE! This is Test Cricket and believe me, this is nothing compared to lots that goes on, on the field. Series is alive big time!" Pietersen said in a tweet with the video of the same.