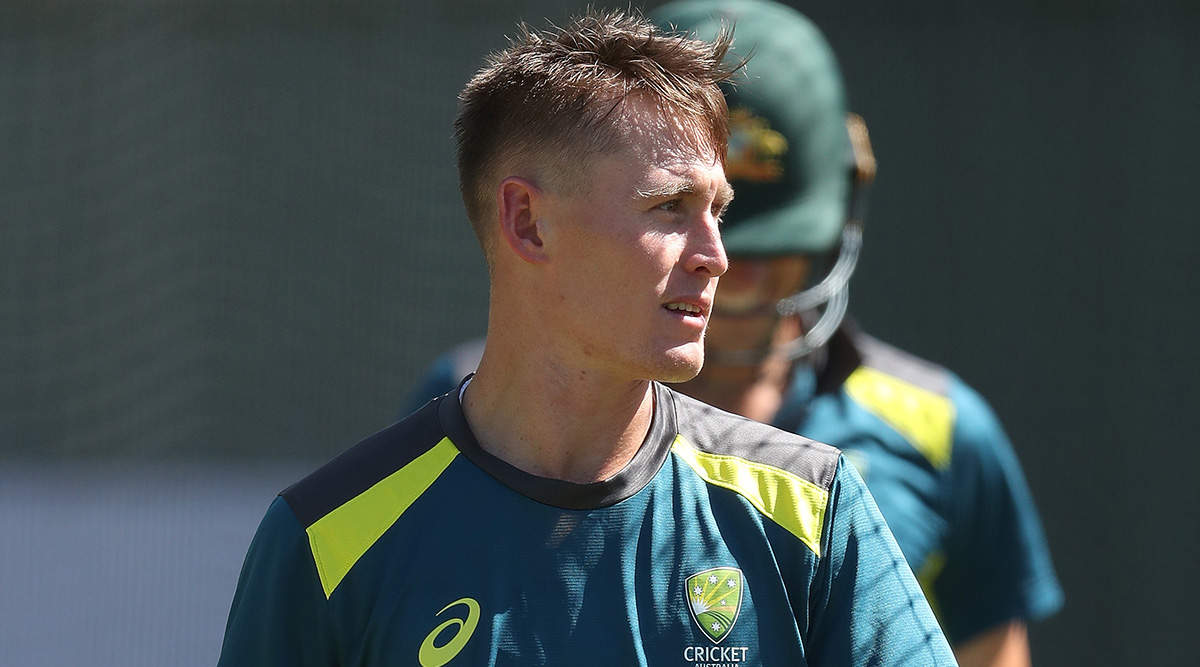 Australia’s latest sensation Marnus Labuschagne made his much-anticipated ODI debut in the first India vs Australia ODI match. The right-handed batsman enjoyed a sensational run in the longest format of the game and, now, seek to replicate his heroics in the white-ball cricket as well. Skipper Aaron Finch broke the news of Labuschagne becoming Australia's 229th ODI player after winning the toss and electing to bowl first in Mumbai. The youngster plays at number three in Test matches and is likely to bat at that spot in 50-over format too. India Vs Australia, Live Cricket Score 1st ODI Match.

The batsman’s fairy-tale run started when he replaced Steve Smith as a concussion substitute during the second Ashes 2019 Test in Lords and has not looked back since then. Labuschagne kept on piling a mountain of runs and also broke many records in the process. In fact, he was the highest Test run-scorer in 2019 with 1104 in mere 11 Test matches. These numbers are certainly jaw-dropping for someone who is starting his career and was awarded a place in the ODI team. Nevertheless, he will be challenged by the likes of Jasprit Bumrah and Kuldeep Yadav and it will be interesting to see, whether he can succumb to the pressure or not. Aaron Finch Wins the Toss and Elects to Bowl First.

Marnus Labuschagne is all set to make his ODI debut as he becomes Australia's ODI player No.229 🙌#INDvAUS pic.twitter.com/SCAFEwz7Yc

Meanwhile, Australia won the toss in the first of the three-match ODI series and opted to field first. Aaron Finch and Men registered an unexpected 3-2 victory when they last visited India for an ODI series. Moreover, this time the Men in Yellow have the services of David Warner and Steve Smith and they will fancy their chances of repeating the history. However, Virat Kohli and Co have enjoyed a sensational run at home and defeating them again will certainly not be easy.