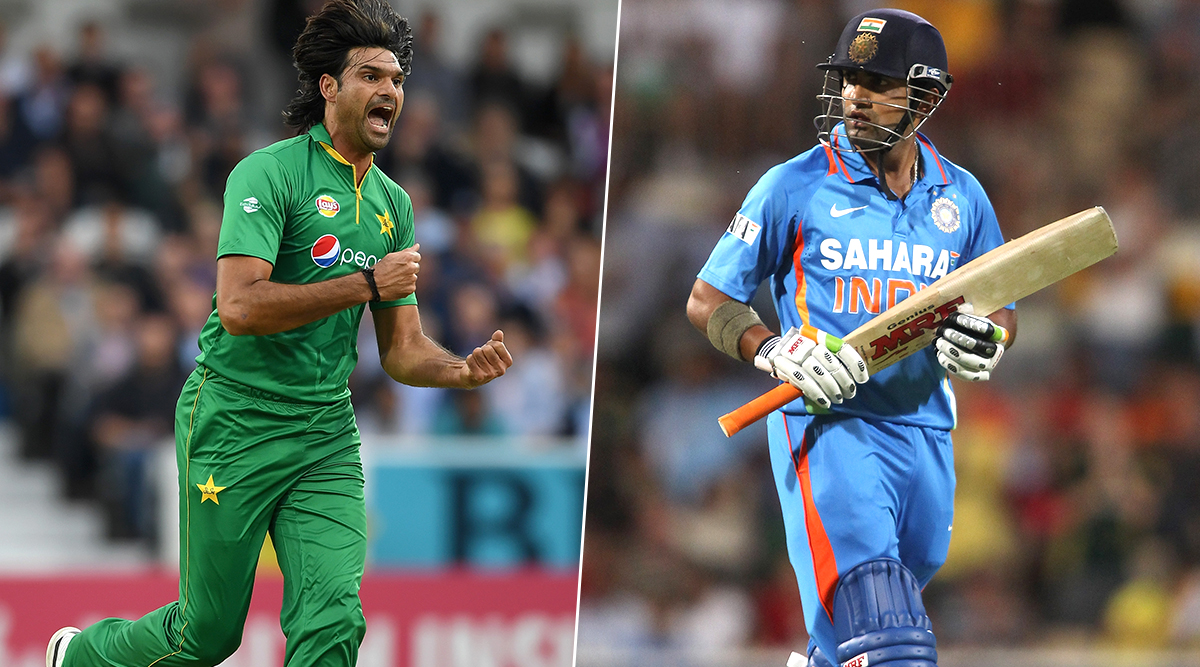 New Delhi, October 7: Out-of-favour Pakistan fast bowler Mohammad Irfan has claimed that he ended former Indian opener Gautam Gambhir's limited-overs career in 2012."Gautam Gambhir was afraid of me. I think his career ended because of me," Irfan told Pakistan's Samaa TV in an interview. "He didn't return to the team after that." The seven-feet one-inch tall Pakistan pacer dismissed Gambhir four times during that limited-overs series. In the three-match ODI series, Irfan got Gambhir out twice. Gambhir played his last T20I against Pakistan in that series in 2012.

After that series, the former left-arm Indian opener went on to play only one more ODI series against England and was subsequently dropped. "He (Gambhir) didn't like to face me in the match or when both teams had nets, I always felt he avoided eye to eye contact with me. "I remember I got out him four times in the 2012 limited over series and he was unnerved against me," Irfan said.

Gambhir, who represented India in 58 Tests, 147 ODIs and 37 T20Is, announced his retirement from all forms of the game in December 2018. The 37-year-old Pakistani pacer further said that Indian batsmen were unable to see his ball during the 2012 series in India. "When I played against India, they were not comfortable batting against me. Some of them told me in the 2012 series in India that they couldn't sight my ball properly because of my height and also didn't read my pace," Irfan said.

He also went on to say that current Indian skipper Virat Kohli was also having immense trouble against him. "He (Kohli) told me he thought I would be around 130-135 kmph but I had increased my pace and I was bowling around 145 kmph and he had problems picking me up." Irfan, a veteran of 60 ODIs, last represented Pakistan against England in 2016.