New Zealand U19 vs Japan U19 Live Streaming Online of ICC Under-19 Cricket World Cup 2020: How to Watch Free Live Telecast of NZ U19 vs JPN U19 CWC Match on TV 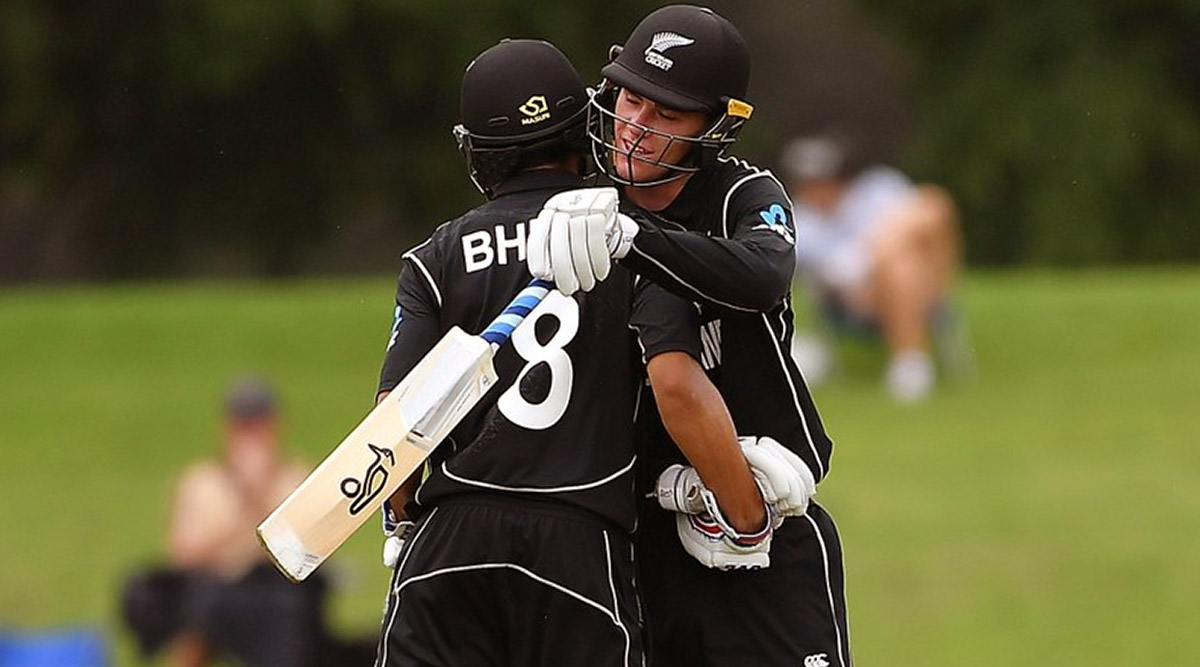 The third match of the ICC New Zealand Under-19 will see New Zealand Under-19 taking on Japan Under-19. The match will be played at the North-West University No1 Ground in Potchefstroom, South Africa. The encounter will be the opening game for both the sides in the ongoing tournament and will eye to get off to a winning start. Ashley Thurgate will handle the reins of the Japan side while Jassie Taskoff will lead the New Zealand Under-19 team in the ongoing tournament. Meanwhile, if you are looking for the live streaming, live telecast and other details of NZ-U19 vs JPN-U19 match, please scroll down. ICC U19 Cricket World Cup 2020 Schedule in IST, Free PDF Download: Full Time Table, Fixtures of Under-19 CWC 2020 In South Africa With Match Timings and Venue Details.

Speaking of the performances of both the sides in the practice matches, the Kiwis made a thumping start as they defeated Bangladesh Under-19 team by four wickets and will eye to replicate their show in the league stages as well. On the other hand, the Japan U19 side didn't enjoy the best of outings as they were outplayed by UAE in all the three departments and lost the match by 258 runs. Well, they will surely eye to rectify their mistakes and put up an improved show in the main tournament.

The match between New Zealand U19 and Japan U19 in ICC Under-19 Cricket World Cup 2020 will take place on Saturday, January 18. The NZ U19 vs JPN U19 match will be held at the North-West University No1 Ground in Potchefstroom, South Africa. The clash will be a day-night game with a start time of 01:30 PM IST.ICC U19 Cricket World Cup 2020: Major Records of Under-19 CWC You Need to Know Ahead of Tournament's 13th Edition.

New Zealand U19 vs Japan U19 Live Streaming Online

Along with New Zealand U19 and Japan U19, India U19 and Sri Lanka U19 are the other two sides to be placed in Group A and only two of them will advance to the quarter-finals of the tournament.