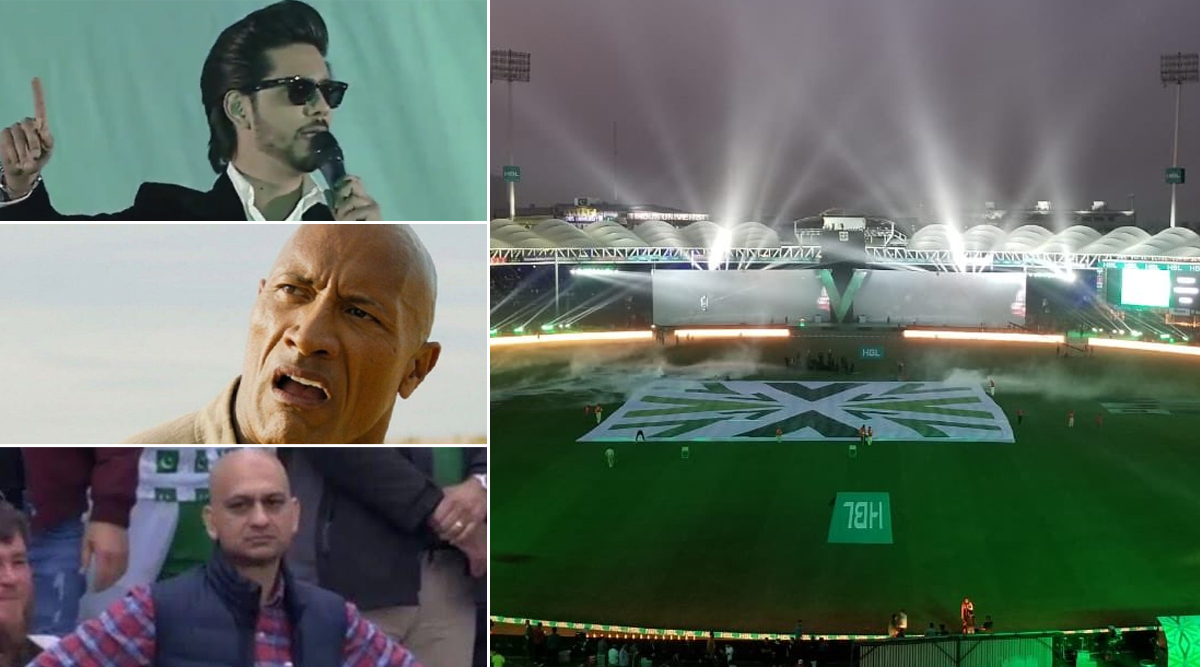 Pakistan Super League (PSL) 2020 got off to a blazing start with the opening ceremony at the Karachi National Stadium. The ceremony, as glittering as it was, however, couldn’t escape the wrath of the fans and netizens who poked at the organisers and the Pakistan cricket board for hosting such a small opening ceremony. PSL 2020 will be the fifth edition of lucrative T20 league of Pakistan. The season got underway with the Quetta Gladiators vs Islamabad United clash on the opening night. While fans trolled the entire league and its organisers, special treatment was reserved for show anchor Ahmed Godil, who as claimed online didn’t host the show to expectations and was trolled online with jokes and memes online. PSL 2020 Schedule in PDF: Download Pakistan Super League T20 Season 5 Full Timetable in IST With Fixtures, Matches, Team and Venue Details.

From trolling the hosts Godil, for his underwhelming performance to roasting him for his inability to control the crowd and engage them with his talks in the opening ceremony. As reported by the Pakistan media, as many as 350 artists performed in the PSL 2020 opening ceremony in different genres ranging from sufi, pop, rock and bhangra to folk. The opening ceremony of this edition predicted to be the biggest of all opening ceremonies in the history of the league but fans were left disappointed.

While Watching the PSL Watching Ceremony

This is our Karachi ♥

This is the national stadium of Pakistan ♥#PSL5 pic.twitter.com/7vYKZ2ZUhA

The Initiator of Memes

Watch With a Caution

Every Pakistani to PCB after watching PSL 5 ceremony#PSL2020 #PSLV pic.twitter.com/w3ugH4DpMA

Meanwhile, Quetta Gladiators opted to bowl first after winning the toss. Shadab Khan-led Islamabad were then off to a worse start after losing Colin Munro in the very first delivery. But Dawid Malan and Luke Ronchi steadied the ship to take the side to a respectable score. Malan was the top-scorer with 64 runs from 40 deliveries. Mohammad Hasnain and Ben Cutting were the pick of the Gladiators bowlers with three wickets each.