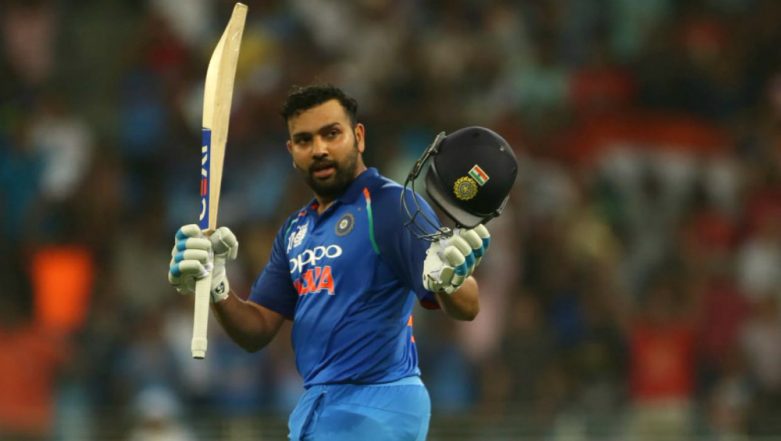 The Indian team defeated West Indies by six wickets yesterday at the Chepauk Stadium in Chennai. Despite the fact that the match went down the live wire, Rohit Sharma and company defeated West Indies by 3-0. With this win, Rohit Sharma surpassed MS Dhoni, Virat Kohli, Micheal Clarke, Shoaib Malik’s captaincy record. Sharma, so far has led India in 12 T20I and has won 11 of them.  Shoaib Malik, Michael Clarke, Asghar Stanikzai, Sarfraz Ahmed and others have won 10 matches from 12 games. The Hitman also became the first captain to win two T20I series by a margin of 3-0. India vs West Indies 3rd T20I Video Highlights: Shikhar Dhawan's 92 Helps IND Whitewash WI.

It was Rishabh Pant and Shikhar Dhawan who led the game by scoring 58 and 92 runs respectively. After winning the toss, Windies elected to bat and put up the total of 182 runs for the loss of four wickets. In reply, stand-in skipper Rohit Sharma made way to the pavilion quite early on the score of four runs from six balls. He hit one four in his short inning. KL Rahul also scored 17 runs and was soon seen walking off from the field after Ramdin caught him over mid-off. It was Manish Pandey who ran the last run in the thrilling tie.

After the match, Rohit Sharma said, “I’ve been part of games like these with Mumbai Indians. Great effort to cross the finish line. We spoke at the start of this game that we wanted to be ruthless. There were chances of us being complacent and turning up at the ground. As a team, there is always a chance of improvement moving forward. Especially handling pressure. When bowling there will be times when the batsmen will put you under pressure and it is important to stick to your strengths.” Kuldeep Yadav walked away with the Man of the Series award.