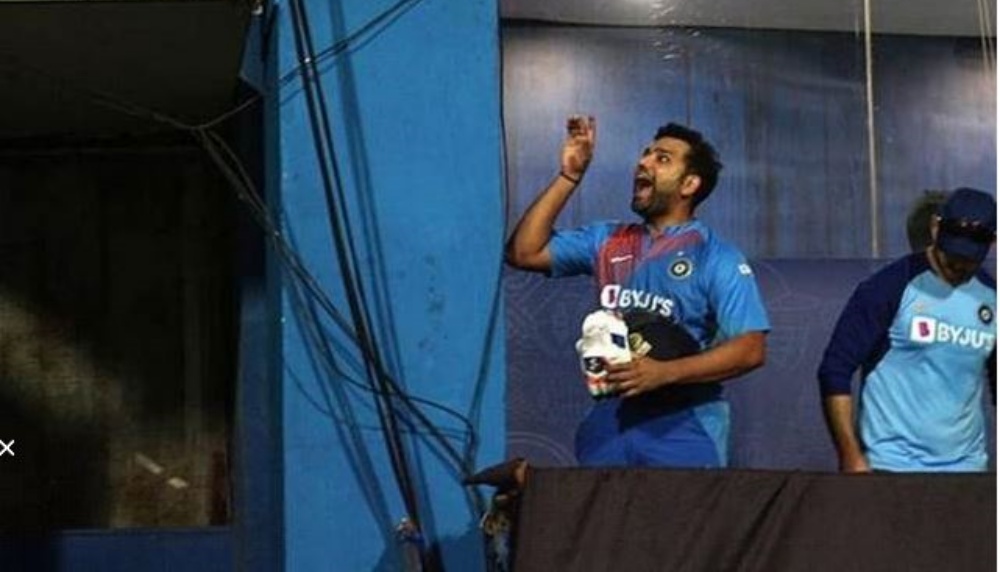 Rohit Sharma was blazing guns last night during India vs West Indies in the three-match T20Is. It was KL Rahul along with Rohit Sharma who had built a strong partnership for the opening pair and as they made 71 and 91 runs respectively. India won the match and needless to say Sharma was on cloud nine as he played a vital role for winning the game. After the match, Sharma came to the balcony of the dressing room and was seen talking to baby Samaira who was in the stands to watch her father live in action. Ind vs WI, 3rd T20I 2019 Stat Highlights: Virat Kohli and Men Seal the T20I Series 2-1 Breaking a Plethora of Records at Wankhede, Mumbai.

The Hitman was seen making gestures to the little one and all the fans at the Wankhede Stadium captured the adorable moment. Rohit’s franchisee Mumbai Indians shared the video on their social media account and the video is winning hearts. The fans who were present at the stadium also cheered on for the Hitman. Check out the video below:

India will now head to the three-match ODI series against the Kieron Pollard West Indies. Surely the hosts would want to keep up their winning momentum. The ODI series is scheduled to start from December 15 with the opener set to be played at the MA Chidambaram Stadium in Chennai.