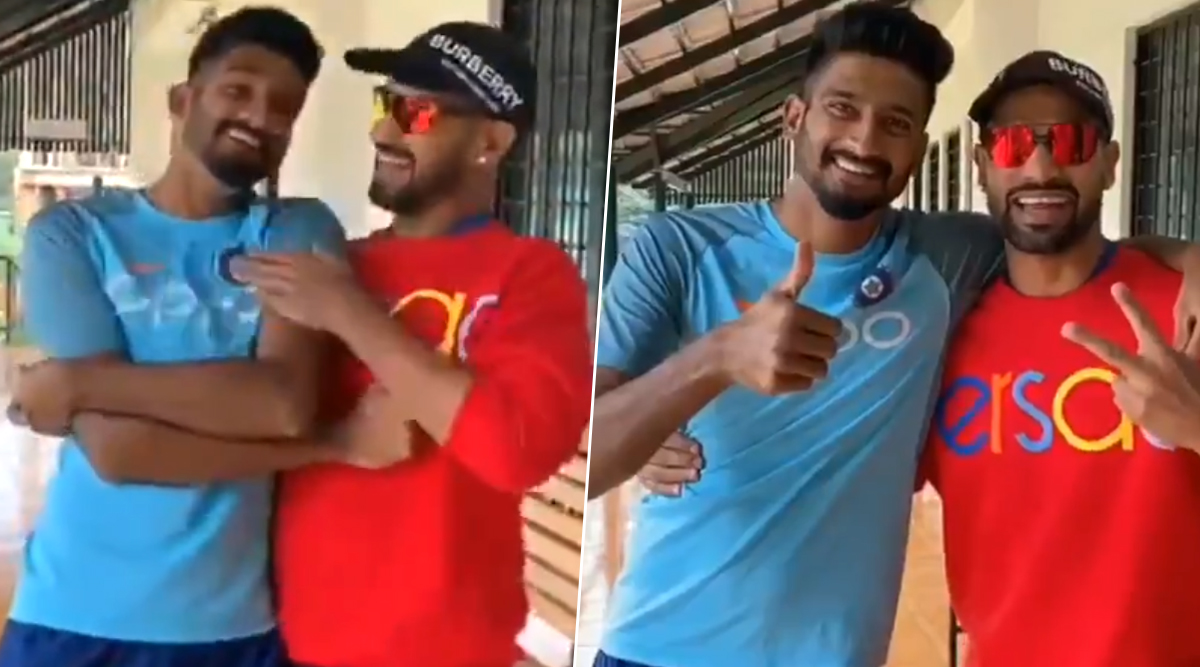 Shikhar Dhawan and Khaleel Ahmed are celebrating their 34th and 22nd birthday respectively on Thursday (November 5, 2019). The two Indian cricketers are certainly enjoying their special day and are also receiving wishes and love from all around the world. Both the players acknowledged the greetings of their well-wishers and thanked them through a hilarious video on Twitter. Dhawan and Khaleel are known to share a great rapport and they also spent their special day together. The video was posted by the former where the two birthday boys can be seen dancing while singing a birthday song. In the end of the video, they expressed gratitude towards their fans who wished them. Shikhar Dhawan Birthday Special: Instagram Videos of Star Indian Batsman That Will Make You Go ROFL!

“Thank you all for your birthday wishes! @imK_Ahmed13 and I are grateful for all the love. Khush raho doston” read the caption of the video posted by the Indian opener on the micro-blogging website. Apart from being a destructive batsman, Dhawan is also a flamboyant personality and he never leaves any chance to entertain his fans. Many of his previous social-media posts have also tickled the funny bones of his fans and this time, the batsman also included the young pacer in his party. Happy Birthday Khaleel Ahmed: A Look at Some Magnificent Spells by India’s Rising Speedster as He Turns 22.

Thank you all for your birthday wishes! @imK_Ahmed13 and I are grateful for all the love. Khush raho doston ✌ pic.twitter.com/OvgTOG4QbY

Dhawan is currently recovering from a knee-cut which he sustained during the 2019 Syed Mushtaq Ali Trophy and will not be seen in action in upcoming India vs West Indies T20I series. On the other hand, Khaleel didn’t enjoy the best of outings during the T20I series against Bangladesh and is subsequently dropped from the upcoming series. Both will eye to make a comeback in the team and secure their spot in India’s squad for ICC T20 World Cup 2020.