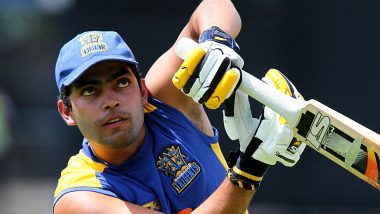 Pakistan cricketer Umar Akmal’s three-year ban from all forms of cricket has been reduced to one and a half years following his appeal against the decision. The 30-year-old was banned for ‘failing to disclose to the PCB Vigilance and Security Department of any invitations to engage in corrupt conduct under its Anti-Corruption Code’. The cricketer’s ban was announced on April 27, 2020, but he was provisionally suspended from February 20, 2020. Umar Akmal Banned for Three Years Over Corruption Charges by PCB.

The batsman attended the hearing in person to hear his judgement, and with the reduced ban, he will remain suspended effectively from February 2020 till August 2021. The Pakistan cricketer in May officially appealed against the ban in the hopes of getting it reduced.

It is understood that his appeal was based on the narrative that players who had fallen foul in a similar manner to Akmal previously were handed far lighter sanctions. Mohammad Irfan in 2017 was banned for six months while Mohammad Nawaz was suspended for two months for alike offences.

(The above story first appeared on LatestLY on Jul 29, 2020 12:57 PM IST. For more news and updates on politics, world, sports, entertainment and lifestyle, log on to our website latestly.com).