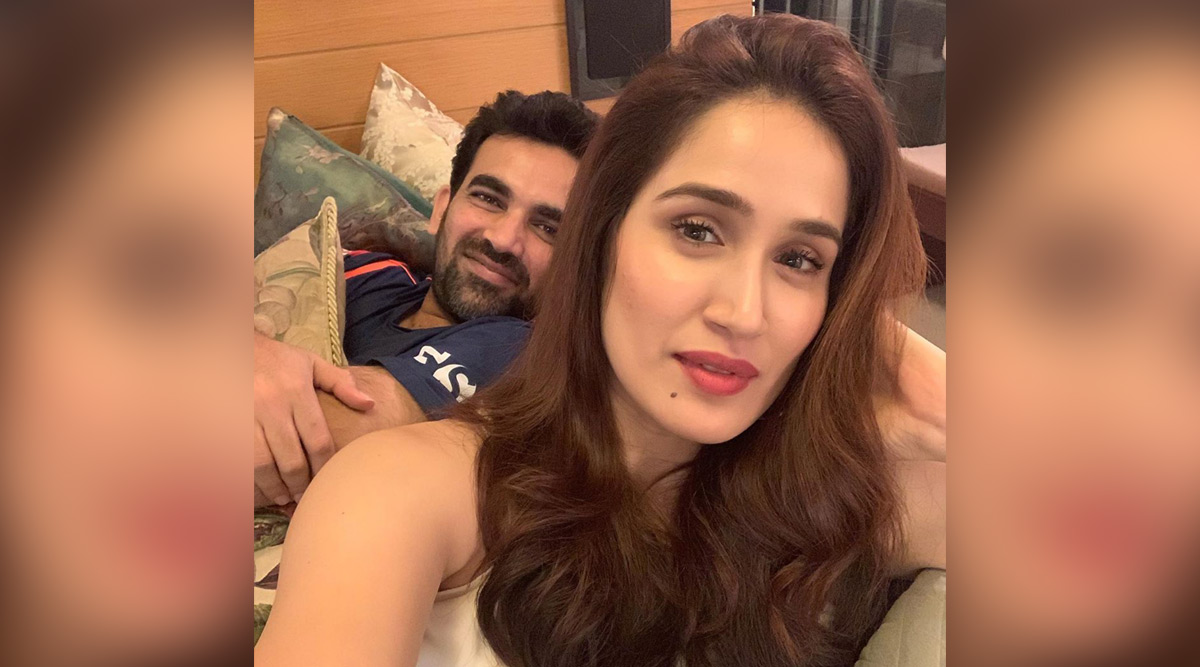 India’s pace legend Zaheer Khan has wished his wife Sagarika Ghatge in an adorable manner. The former Indian bowler took to his Instagram page and showered love on his better-half by calling her his love and lifelong entertainer. Born on January 8, 1986, the Indian actress turns 34 on Wednesday and will certainly be delighted by seeing her hubby’s message. The 41-year old has been quite active on social media lately and is often seen posting photos and videos with his better half. Sagarika Ghatge Birthday Special: 7 Stylish Pics of the Chak De! India Babe Which Prove Her Love for All Things Desi!

“Happy Birthday SK. My love and lifelong entertainer” read the caption of the pictures posted by the Indian great. The ‘Chak De India’- star also took to her Instagram page- sharing a snap during her birthday celebrations and thanked fans for their wishes. “Blessed - thank you to each and every one of you for so much love and the lovely wishes. Grateful and blessed” wrote Sagarika while sharing the picture. The couple tied knots on November 23, 2017, after dating for few years. Since then, the couple is frequently posting pictures with each other on the social media platform.

Blessed 🙏 - thank you to each and every one of you for so much love and the lovely wishes . Grateful and blessed 🤗❤️🙏 📸 @ritikasp #12amcakecutting🎂

Speaking of Zaheer Khan, the left-arm quick bid adieu to international cricket on October 2015 but not before scalping 311, 282 and 17 wickets in Test, ODIs and T20Is respectively. He was also the joint-highest wicket-taker of the 2011 World Cup and played a crucial role in guiding the Men in Blue to the title. Post-retirement, Zaheer donned the commentator’s hat and is seen giving his voice in several matches.