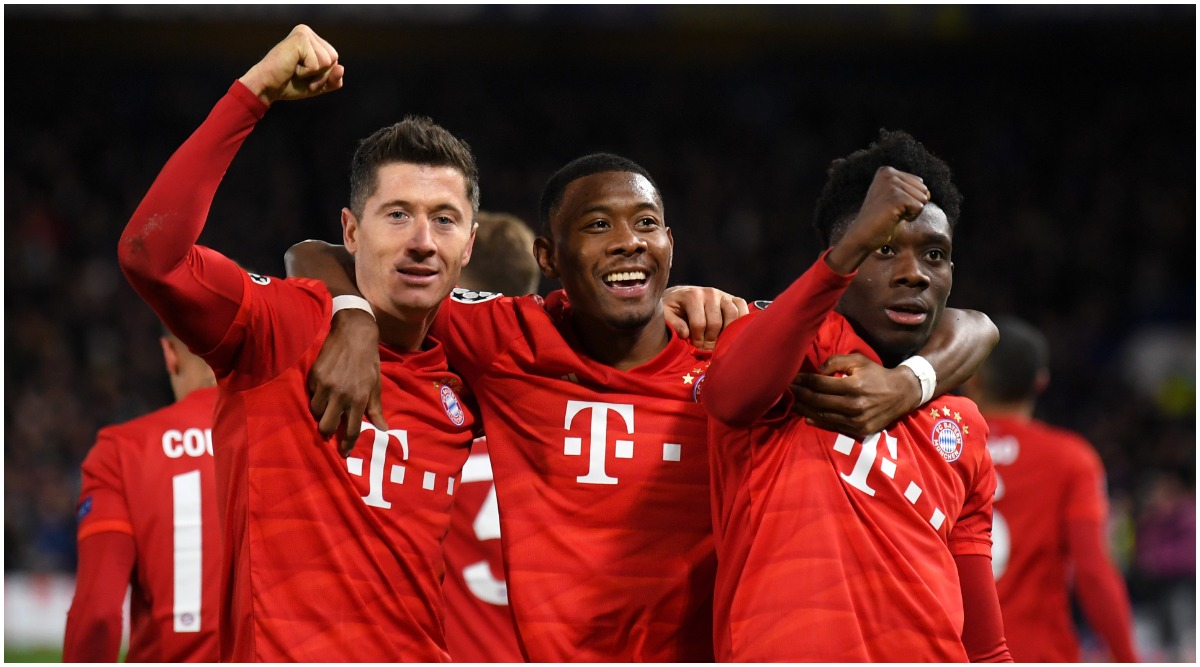 Bayern Munich will hope to move another step closer to an eighth successive Bundesliga title when they host Eintracht Frankfurt in round 27 of the 2019-20 Bundesliga. Bayern beat Union Berlin 2-0 on their return to footballing action after a gap of two months and will eye a second win on the run to maintain their four-point lead at the top of the league points table. Frankfurt, on the other, will want a win after four successive defeats. They were thrashed 3-1 by Borussia Monchengladbach in first match post the COVID-19 return. Meanwhile, fans searching for all the tips and team suggestions to pick the best team for Bay vs FRK clash, should scroll down. Bundesliga 2019–20 Live Football Streaming on Hotstar: Watch Free Live Telecast of Top Flight German League on TV in India.

Hansi Flick’s side lead Borussia Dortmund by four points at the top of the table and will face the men in yellow this Tuesday in a potential title-deciding encounter. But they will hope that they can prepare best with a win against a struggling Frankfurt, who are placed 13th in the standings and are only nine points relegation zone.

The defending champions will miss Philippe Coutinho and Corentin Tolisso through injury while Serge Gnabry and Thiago Alcantara did not train this week and although both may be fit for the Frankfurt clash, Flick wouldn’t want to risk his two important players ahead of the important encounter against Dortmund.

Bayern Munich vs Eintracht Frankfurt, Bundesliga 2019-20, Dream11 Team Prediction: Midfielders – Leon Goretzka (BAY) and Joshua Kimmich (BAY) should be the first two midfielders in the team sheet. Frankfurt’s Stefan IIsanker (FRK) and Djibril Sow (FRK) will be the other two players in midfield.

Lewandowski scored his 26th goal of the season against Union Berlin and should be appointed the captain of this fantasy team. Joshua Kimmich can be appointed as the vice-captain. Bayern Munich were thrashed 1-5 by Frankfurt when both these sides met in the reverse match in the league which resulted in the sacking of Bayern manager Niko Kovac. The Bavarians will be eager to revenge that defeat.