The 37-year-old was Manchester United's best player last season but despite his efforts, the Red Devils failed to qualify for the UEFA Champions League. Ronaldo was also said to be unhappy with Manchester United's lack of activity in the summer transfer window. 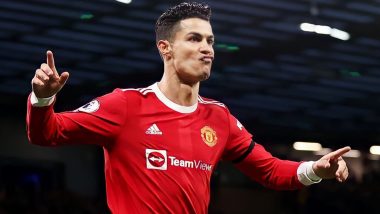 Cristiano Ronaldo has said Manchester United he wants to leave this summer if a suitable offer for him arrives. According to a report in The Athletic, the Red Devils made been made aware of Ronaldo's desire to leave this summer. Remaining at Manchester United beyond last season was always a question for Ronaldo after the Red Devils failed to secure qualification for the Champions League. At 37 years of age, Ronaldo was reported to be keen on playing UCL for the rest of his career and for that reason, remaining back at United would not be a good idea. Cristiano Ronaldo’s Attorney ‘Bluntly’ Seeks $626K From Woman’s Lawyer After US Judge Dismisses Rape Lawsuit

Other players discussed with a move to Manchester United are Ajax's Tyrell Malacia, Christian Eriksen and also Lisandro Martinez. Malacia's deal is said to be close with the signing set to be completed. A lot of speculation over Ronaldo's future was made after his agent Jorge Mendes had met new Chelsea owner Todd Boehly. Bayern Munich were also said to be interested in signing the Portuguese.

(The above story first appeared on LatestLY on Jul 02, 2022 10:45 PM IST. For more news and updates on politics, world, sports, entertainment and lifestyle, log on to our website latestly.com).