The line-up for the FIFA U-17 women's world cup India 2022 is now finalised, with Morocco, Nigeria, and Tanzania claiming the final three spots in the showpiece event. 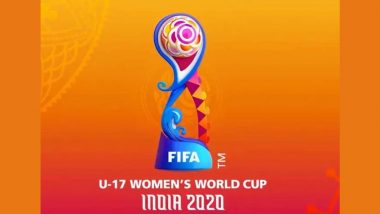 New Delhi, June 6: The line-up for the FIFA U-17 women's world cup India 2022 is now finalised, with Morocco, Nigeria, and Tanzania claiming the final three spots in the showpiece event. This marks a significant milestone en route to India hosting its first-ever FIFA women's competition. The three nations from the Confederation of African Football (CAF) will have their names in the pot for the Official Draw on June 24. Hosts India, China PR, Japan, New Zealand, USA, Canada, Mexico, Brazil, Chile, Colombia, Germany, Spain and France will also be introduced to their opponents in the ceremony which will take place in Zurich. FIFA World Cup 2022: Teams Qualified for the Mega Event in Qatar & Major Nations Who Missed Out, Check Full List!.

This is a watershed moment for Tanzania and Morocco as both nations will make their respective debuts at the global youth tournament. Nigeria, on the other hand, are a tournament regular, having qualified for all but one of the last six U-17 finals. Tanzania, the first East African country to reach the finals, sealed their place in the renowned tournament with a convincing 5-1 aggregate victory over Cameroon. They defeated Cameroon 1-0 in the second leg of the qualification tournament on Sunday at Amaan Stadium in Zanzibar, with Neema Paul scoring the game's lone goal. Argentina 5-0 Estonia, International Friendlies 2022: Lionel Messi Scores Five Times In Rampant Display (Watch Goal Video Highlights).

Morocco, meanwhile, beat Ghana on penalties on Saturday to seal the deal after both teams won their respective home games to tie the score at 2-2 on aggregate. Nigeria's Flamingos advanced to the October finals despite getting held for a goalless draw with Ethiopia, having won the reverse fixture 1-0. The FIFA U-17 Women's World Cup India 2022 is set to begin on October 11 and it will conclude on October 30.

(The above story first appeared on LatestLY on Jun 06, 2022 05:03 PM IST. For more news and updates on politics, world, sports, entertainment and lifestyle, log on to our website latestly.com).