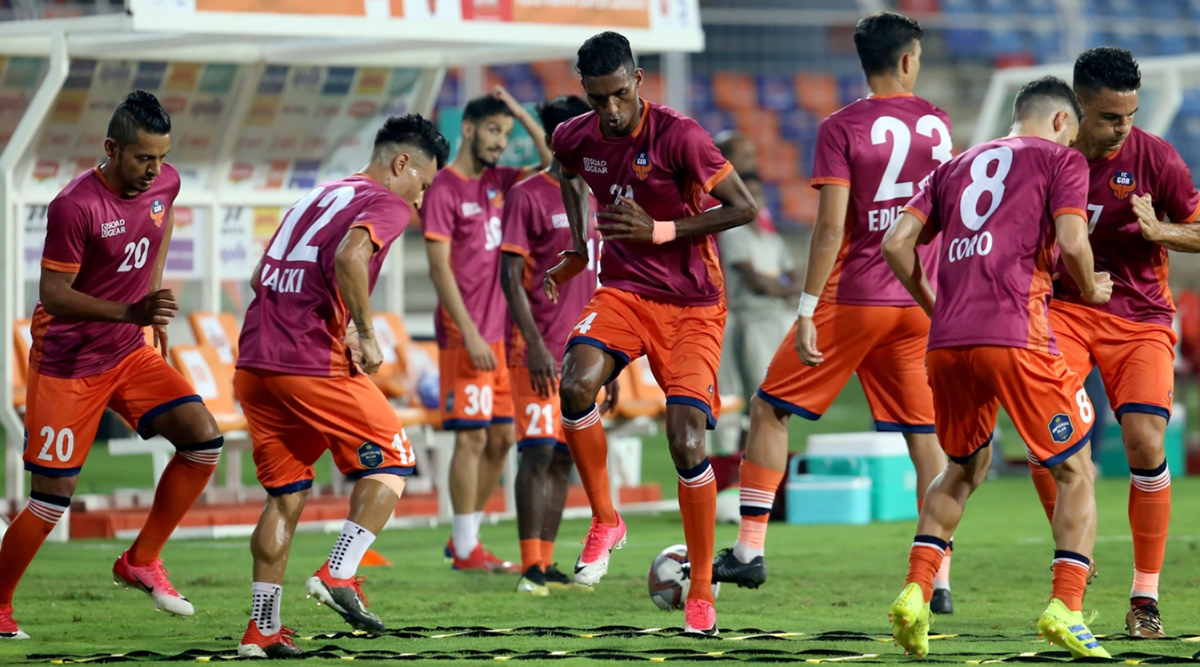 Hyderabad will play FC Goa in match 34 of Indian Super League (ISL) 2019-20 at the Gachibowli Athletic Stadium on December 08, 2019 (Sunday). Both teams come into the HYD vs FCG fixture on the back of last-gasp draws in their previous games. Fans, who play fantasy games such as Dream11, can find all the tips and team suggestions with the form and player availability details to help build a strong Dream11 fantasy team for Hyderabad vs FC Goa encounter in ISL 6. Robin Singh and Lenny Rodrigues scored dramatic late equalisers to help their respective sides steal a point from the jaws of defeat in their previous ISL fixture. FC Goa and Hyderabad are also winless in their last two respective matches. Meanwhile, for team suggestions and Dream11 team predictions on HYD vs FCG please scroll down. Hyderabad FC Vs FC Goa - Live Football Score.

FC Goa, after two winless games, will welcome the return of Seiminlen Doungel, Hugo Boumous and Ahmed Jahouh. The first two were suspended for two matches following an off-the-ball incident with NorthEast United players, while Jahouh was sent-off in the Jamshedpur defeat. Sergio Lobera will, however, continue to miss striker Ferran Corominas, who is out with a back stress pain. Centre-back Moturda Fall, who equalised with a first-half header against Kerala Blasters is suspended for the Hyderabad clash after seeing a straight red for a foul on Messi Bouli, who was through on goal. FC Goa Look to Get Back to Winning Ways in Hyderabad.

Hyderabad too will miss Sahil Panwar and Gurtej Singh for the match due to suspensions. Sahil saw a red against Bengaluru, while Gurtej is out for receiving booking in three successive ISL games. Asish Rai, who assisted Robin Singh in the 1-1 draws against champions Bengaluru FC – his shot rebounded off BFC goalkeeper Gurpreet Singh Sandhu’s gloves before Singh flicked it into the net, is expected to take Sahil Panwar’s place in the playing XI. Jamaican striker Giles Barnes is also slowly returning to fitness and could make an appearance from the bench.

Hyderabad FC vs FC Goa, ISL 2019, Dream11 Team Prediction: Goalkeeper – Kamaljt Singh (HYD) and Mohammad Nawaz (FCG) are the two first-choice goalkeepers for their respective teams. Hyderabad have conceded 13 goals – the most in ISL 6 – after six matches while FC Goa have shipped only eight goals, which is the fourth-lowest. Mohammad Nawaz has a safe pair of hands and should be the first choice.

Hyderabad FC vs FC Goa, ISL 2019, Dream11 Team Prediction: Defenders – With most defenders in both sides serving suspensions or are out with injuries, we will go for a three-man at the back. Carlos Pena (FCG), Seriton Fernandes (FCG) and Ashish Rai (HYD) will be the three defenders in this fantasy team.

Hyderabad FC vs FC Goa, ISL 2019, Dream11 Team Prediction: Midfielders – Midfielders and attacking midfielders are in abundance in both sides. Hence, this team will play in a 3-4-1-2 formation with the crux five forming the midfield. Brandon Fernandes (FCG) has assisted the joint-highest number of goals (3) and should be the first name in every fantasy team. Ahmed Jahouh (FCG), Adil Khan (HYD), Marko Stankovic (HYD) and Marcelinho (HYD) will accompany him.

Hyderabad FC vs FC Goa, ISL 2019, Dream11 Team Prediction: Forwards – Robin Singh (HYD) scored the match-saving goal for Hyderabad in their last match, which helped them salvage a point against defending ISL champions Bengaluru FC. He might just have rediscovered his scoring touch. Manvir Singh (FCG) has led the Goa’s attack in the absence of Corominas. It was his shot that paved the way for Lenny Rodrigues to score the last-minute equaliser against Kerala Blasters and he will be the second forward in this side.

FC Goa are ranked fifth in the ISL 2019-20 point standings and can jump as high as third with a win in Hyderabad. The home side, who will play after a nine-day rest, are last and needs wins to save their season. Phil Brown’s side have won just one and drew one while losing four times in six games.