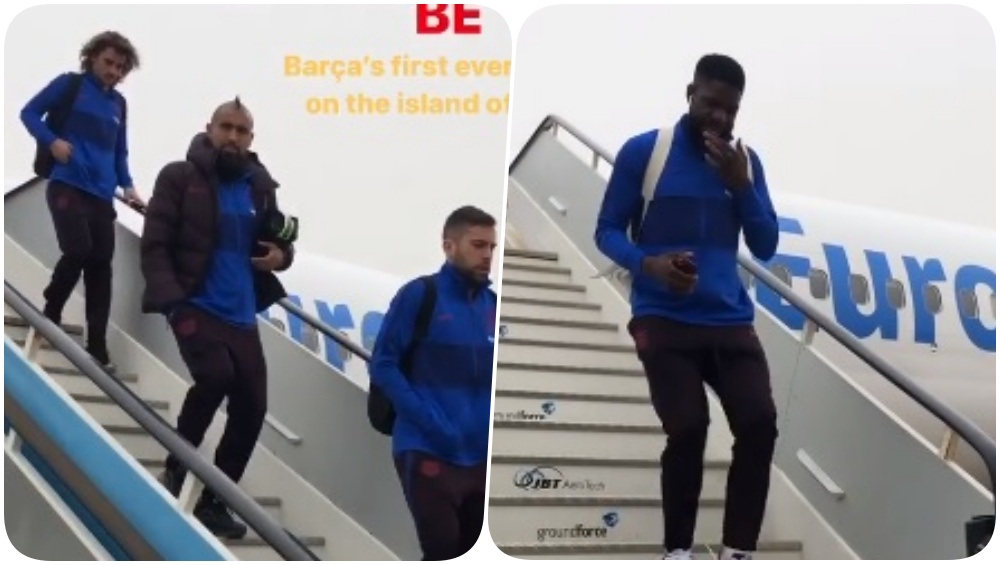 Barcelona will lock horns today against Ibiza in the Copa del Rey 2019-20 tie. However, for this game, the Catalan Giants have rested Lionel Messi, Sergio Busquets and Gerard Pique. Ousmane Dembele and Luis Suarez are both absent from the squad due to an injury. The Catalan Giants have already reached Ibiza for the game which will be held at the Estadio Municipal de Can Misses. The official account of the Catalan Giants shared the pictures and video of their departure on their social media handles. Barcelona vs Ibiza Live Streaming Online in India: How to Watch Copa del Rey 2019-20 Live Telecast on TV in IST & Free Football Score Updates?

The visitors are surely touted as the favourites for the game but the hosts would be looking forward to pulling off a shocker. Since the three main players are rested from the squad, there could be a fair bit of a rotation expected. The official account of Barcelona also announced their squad for the game. Check out the video and pictures below:

Ahead of the game the players were seen sweating it out in the rains and left no stone unturned to prepare for the match. Check out a few snaps below:

Neither snow nor rain nor heat nor gloom of night... pic.twitter.com/T7aXvG9676

New manager Quique Setien has called up a number of youngsters including Riqui Puig, Chumi and Abel Ruiz who will be hoping for first-team minutes. Meanwhile, talking about team Ibiza, they have won their last four games. However, if one as to go by the betting sites, the Catalan Giants are surely the common favourites.