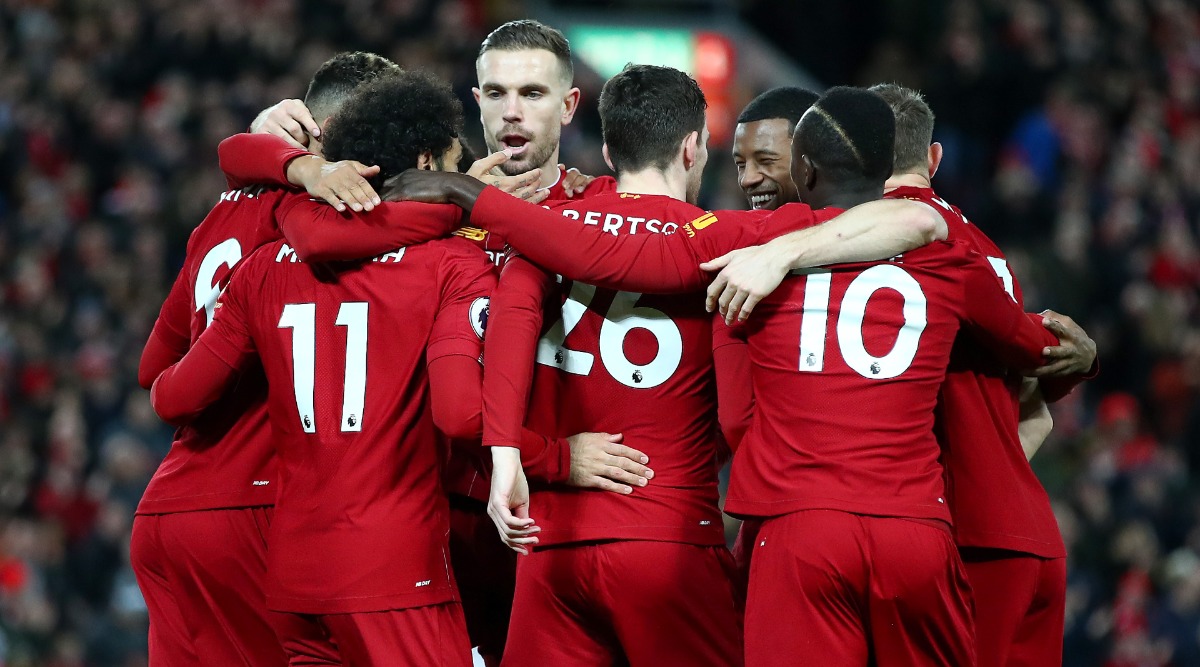 Liverpool vs West Ham, EPL 2019-20 Online Streaming and Live Telecast: Liverpool will aim to take one more step closer to the elusive Premier League title when they host relegation-battling West Ham in 2019-20 English Premier League late on Monday night. Liverpool are on a winning streak of 17 successive game and can equal Defending EPL champions Manchester City's record tally to 18 consecutive wins with a victory over David Moyes's West Ham at Anfield. The European champions and current Premier League leaders are 19 points ahead of second-placed Man City and need 15 points more to secure their first league title in over three decades. A Mo Salah penalty and Alexander Oxlade-Chamberlain's 52nd minute strike were enough tod secure a 0-2 win fir the Reds when both these teams met earlier in the league.

Their opponents are battling to survive in the Premier League for next season and must somehow   steal a point if not a shock win to have any chances of doing that. West Ham are winless in their last six league games, four of which have been defeats, and were beaten 0-2 by reigning Premier League title holders City in their previous league encounter. Liverpool will be without captain Jordan Henderson for the Anfield match against West Ham. Henderson, one of the top contenders for the PFA Player of the Year 2019-20 injured his hamstring in the Champions League round of 16 encounter against Atletico Madrid and is expected to be out for at least three weeks.

Liverpool vs West Ham Premier League 2019-20 match will be played at Anfield Stadium. The LIV vs WHU match is scheduled to start on 01:30 am IST (Indian Standard Time) on February 25, 2020 (Tuesday).

Where to Watch the Live Telecast of Liverpool vs West Ham, Premier League 2019/20 Season Football Match? TV Channels in India

Liverpool are unbeaten this Premier League season and have beaten every team they have faced at least once, including West Ham in an earlier clashm they will hope to complete a league double over the Hammers and take one more stride towards the awaiting league title. But Liverpool were beaten 0-1 by Atletico Madrid in their previous game at Madrid and Moyes and his boys will hope the Reds haven't rediscovered any touch.