Despite the recent slump in form, Ole Gunnar Solskjaer has the complete support of the Manchester United board and will not be relieved from his duties in the near future as the hierarchy believes that the Norwegian is the right man to take the club forward. 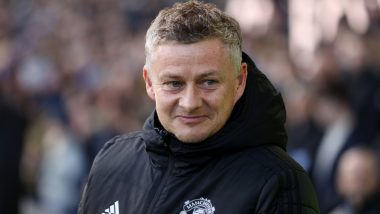 After a promising start to the season, Manchester United have had a difficult run of results in recent weeks and the most recent defeat to Leicester City in the Premier League has increased the pressure on manager Ole Gunnar Solskjaer. The Red Devils have failed to win any of their last three games in the league as the early season title expectations have taken a huge hit. Leicester City 4–2 Manchester United, Premier League 2021–22: Foxes Overcome Ole Gunnar Solskjaer’s Side in Thrilling Encounter.

However, according to a recent report from The Athletic, despite the recent slump in form, Ole Gunnar Solskjaer has the complete support of the Manchester United board and will not be relieved from his duties in the near future as the hierarchy believe that the Norwegian is the right man to take the club forward.

Manchester United were one of the biggest spenders in the summer as they managed to sign the likes of Jadon Sancho, Raphael Varane and Cristiano Ronaldo at a combined cost of around £130 million. These new additions saw the 13-time champions make a brilliant start to the season which has since faded away as they find themselves fifth in the league, one point outside the top four and trail leaders Chelsea by five points.

With no wins in their past three league games, Ole Gunnar Solskjer’s team will be aiming to turn their form around but face stern tests as they face arch-rivals Liverpool, Manchester City, Tottenham Hotspur, Chelsea and Arsenal in their next six fixtures in the Premier League.

The Norwegian joined Manchester United as a caretaker manager in December 2018 following the sacking of Jose Mourinho before being appointed in the permanent role. Since his arrival, Solskjaer has had the complete support of the Manchester United board but poor results in the coming run of fixtures could see their title and top-four hopes take a further dent, which might increase the pressure even further on the 48-year-old.

(The above story first appeared on LatestLY on Oct 17, 2021 09:22 AM IST. For more news and updates on politics, world, sports, entertainment and lifestyle, log on to our website latestly.com).