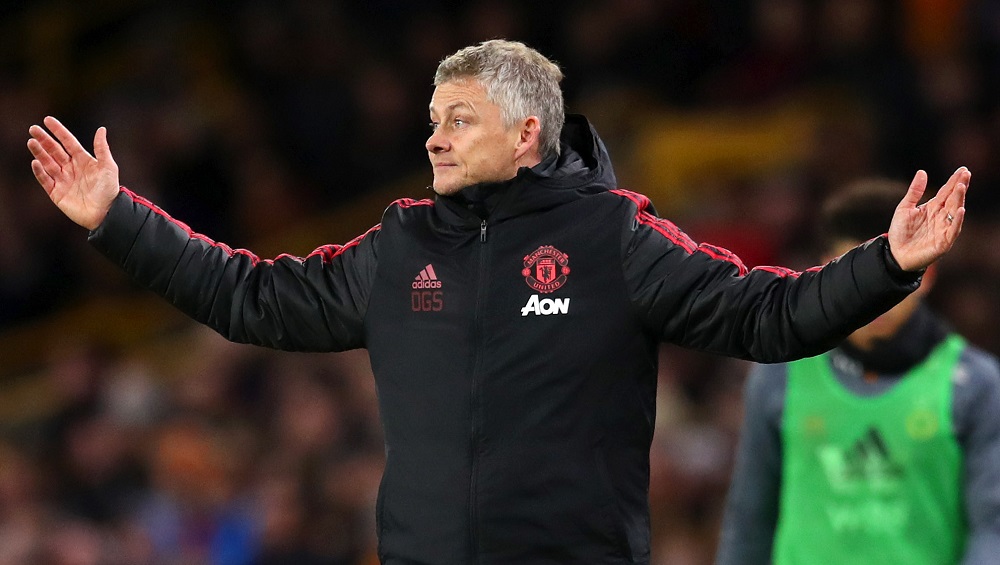 United's 2-1 Premier League derby win over neighbours and defending champions Manchester City was overshadowed by a series of ugly incidents at the Etihad.

However, the Norwegian insisted it is the individual concerned rather than City as a club who should bear the brunt of any sanctions.

"Why don't we educate him instead? It's not City's fault, it's his. Nothing to do with Man City as a football club," said the United boss.

"He's been caught on camera and he should never be allowed into a football ground again, it's unacceptable."

City pledged to take a zero tolerance approach against supporters found to have subjected United players to racist abuse.

Fred was hit by objects thrown from the crowd as he prepared to take a corner in the second half while footage on social media appeared to show a City fan mimicking a monkey at the Brazilian.

"Manchester City FC are aware of a video circulating on social media which appears to show a supporter making racial gestures during the second half of the match against Manchester United this evening," City said in a statement.

"Officials from the Club are working with Greater Manchester Police (GMP) in order to help them identify any individuals concerned and assist with their enquiries.

"The Club are also working with GMP regarding an instance of objects being thrown onto the field of play. The Club operates a zero tolerance policy regarding discrimination of any kind, and anyone found guilty of racial abuse will be banned from the club for life."

The incident comes after England's Euro 2020 qualifier against Bulgaria in October was twice halted due to racist abuse, while City's Raheem Sterling was targeted in defeat at Chelsea a year ago.

"We keep talking abut it every week and it doesn't stop unless it has consequences," added Solskjaer.

"It affected both him (Fred) and Jesse. Sometimes you feel sorry for these people. It's an act of ignorance."

"I support the statement the club has done," said Guardiola.

"It's a battle to fight every day. Unfortunately it has happened in many places and hopefully will not happen again."

Commenting on a Twitter post showing a video of the alleged incident, the United star wrote: "Not even this idiot can ruin tonight's feeling, shameful behaviour, it may be the derby but there is never ever a reason to be racist!"

Anti-racism group Kick It Out said it had been "inundated with reports of alleged racist abuse from a number of individuals" during the game.

"We are disappointed by what appears to be racist abuse from fans at today's Manchester derby," the players' union tweeted.

"We welcome this prompt response from Manchester City. Racist abuse is a criminal offence and must be dealt with accordingly."