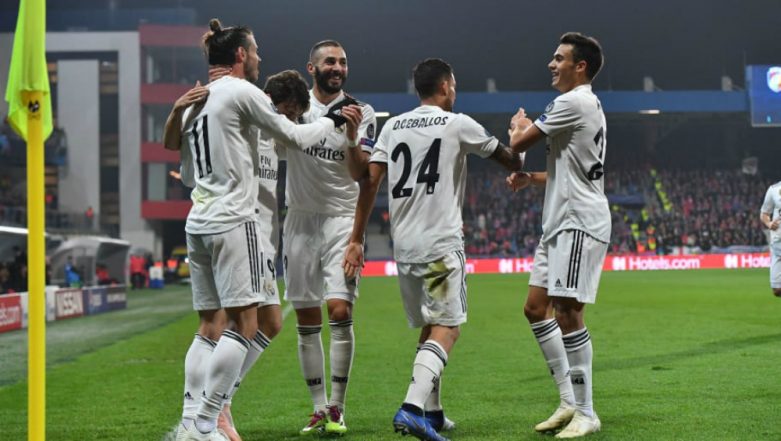 Real Madrid’s season had come to an end long back and they are going through the motion of what remains of it. They are certain to finish third in the league behind Atletico Madrid and next face Real Sociedad away. Sociedad have been trying to stake claim to a 7th place finish for long and a victory at home will leave them tied on points with Athletic Bilbao should they lose. So it is an important game for the hosts in comparison to their much famous visitors. But Zinedine Zidane would be hoping to win his last two games of the season as reinforcements arrive in the summer. For Real Sociedad vs Real Madrid live streaming online, scroll down. Real Sociedad vs Real Madrid Live Football Score.

The home side have been hit by a number of injury concerns with Adnan Januzaj, Luca Sangalli and Aritz Elustondo missing in action. Ander Guevara will undergo a late fitness test to determine his position in the playing eleven. Theo Hernandez who is on loan from Real Madrid is ineligible to play due to the terms of the loan deal. There is a bright chance of Asier Illarramendi of playing which is big news for Real Sociedad.

Karim Benzema participated in first-team training ahead of his team’s game against Sociedad after missing the last few due to an injury. The Frenchman is still an integral member of this Madrid team despite not having the best of seasons. Skipper Sergio Ramos has not recovered from his calf injury and fans will not get to see the Spanish captain in action. The likes of Casemiro, Toni Kroos, and Luka Modric should all feature though.

Real Sociedad and Real Madrid lock horns against each other in the La Liga match on May 12, 2019, (Sunday). The eighth-ranked team is hosting the third-placed team in a match that will be held at Anoeta. It will kick off at 10:00 PM IST.

Sony Pictures Networks holds the broadcast rights of La Liga in India. So, the  Real Sociedad vs Real Madrid match will be live telecast on Sony Six and Sony Six HD channels.

If you are unable to watch the match live on their TV sets, you can catch  Real Sociedad vs Real Madrid match online via live streaming on Sony Liv app as well as on La Liga’s official Facebook page. You can also live football score updates on LatestLY here. Real Sociedad can cause trouble for the Los Blancos and a draw looks like the most probable result at the end of 90 minutes.