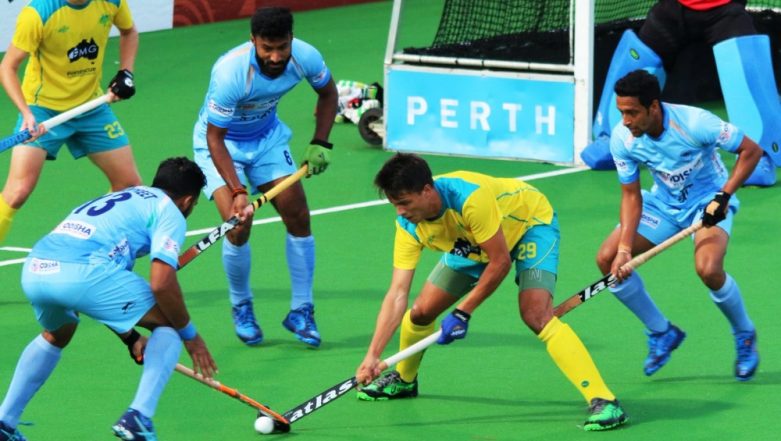 Perth, May 15: Jeremy Hayward and Blake Govers scored a brace each as Australia thrashed India 4-0 in the first Test of the two-match series here on Wednesday.

The hosts won a Penalty Corner (PC) in the 15th minute and Blake successfully converted to help Australia take an early lead in the game. In the 19th minute, Birendra Lakra came close to equalise but his hit went wide off the post.

Jeremy gave Australia a 2-0 lead in the second quarter when he found the back of the net in the 20th minute.  The third quarter saw both sides struggling to find a goal. India Bid to Host Hockey World Cup in 2023, FIH to Announce Result in June.

Mandeep Singh earned a PC for India in the 52nd minute but Flynn Ogilvie prevented Harmanpreet Singh's drag flick from heading into the right top corner.

Jeremy then converted another PC to put Australia 3-0 ahead before Blake scored a brilliant goal from the edge of the circle in the next minute to help Australia end the affair 4-0.