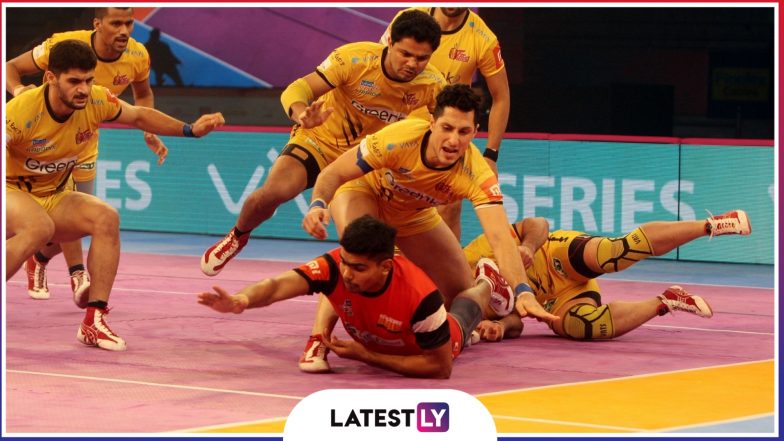 In the 47th match of Pro Kabaddi League (PKL) 2019, the fans will see Haryana Steelers take on Telugu Titans on August 18. The action of PKL, season 7, has now shifted to Chennai-leg, and the match will be played at Jawaharlal Nehru Indoor Stadium, in Chennai. The first match of the day, i.e. HAR vs HYD, will begin at 7.30 PM IST. In the seven matches that they have played in PKL Season 7, Haryana Steelers have won four matches so far, and are on the 6th spot of PKL 2019 Points Table. As for Telugu Titans, they have won only a solitary match in their campaign so far, and are on the 11th position of PKL 2019 Team rankings. Haryana Steelers vs Telugu Titans Pro Kabaddi Score Match 47.

For fans who follow fantasy game, Dream11, they will be glad to read these tips and suggestions for Haryana Steelers vs Telugu Titans PKL 2019 match. Here we look at the current form of players to help you make a Dream11 team for HAR vs HYD, PKL Season 7, match.

As per the Dream11 rules, you have to pick 2-4 defenders in the Dream11 team. In this side, we will be picking four defenders in our team namely – V Bharadwaj, Sunil, D Cheralath, and V Kale.

As per the new Kabaddi Dream11 rules, you have to choose 1-3 raiders in your side. The two players who are best picks for this Dream11 as raiders are V Khandola and Vinay (Haryana Steelers).

Looking at the current perspective into consideration, it will be V Khandola and V Bhardwaj who will be appointed as our captain and vice-captain respectively. Stay tuned to LatestLY for all the latest updates.