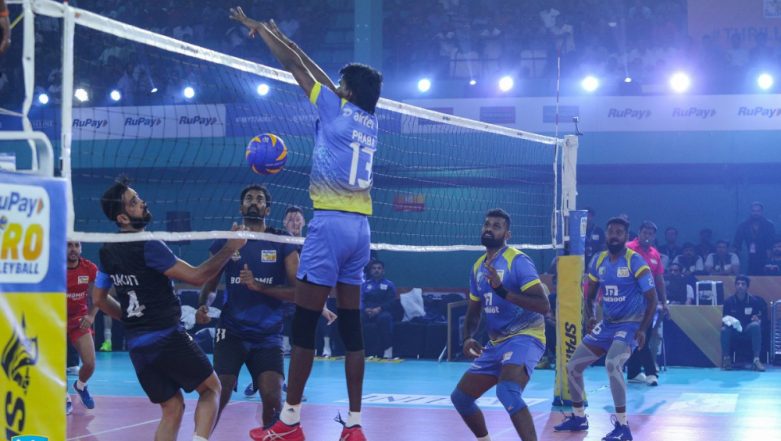 An inform Kochi Blue Spikers will clash with Black Hawks Hyderabad who lost to Chennai Spartans yesterday after a bright start. Kochi who have 4 points after wins in their opening two games are currently second in the league and should move to the top with a win this evening. Hyderabad boys were left stunned with a 4-1 thrashing yesterday but the tight schedule leaves them with no time to fret over their gameplay. Their fans are hoping for a swift response from the team in order to get back to winning ways. Pro Volleyball League 2019 Schedule With Match Timings.

Hyderabad Black Hawks can take satisfaction with the fact that they opened the game well leading 5-0 in the opening set at one point. Skipper Carson Clark had a decent game but faded in the later stages just like his teammates Ashwal Rai and Rohit Kumar. Both these Indian players are experts in blocking and need to be at their best to contain Kochi. Being a young team who likes to play an aggressive brand of volleyball, it is imperative for the Black Hawks to gain momentum with an early set to their name. PV Sindhu Extends Support to the Pro Volleyball League.

Home advantage is playing a key role in the strong showing of Kochi so far with the fans getting behind the players in troubled times. Star of the show in the last game for the hosts was Olympic gold medallist David Lee who scored crucial ten points in a thrilling a 3-2 win. Mohan Ukkrapandian is another player to watch out as his fine serving abilities give Kochi the edge. He has also adjudged the man of the match for his fine performance against Ahmedabad. The Black Hawks Hyderabad are an unpredictable team but Kochi’s home support should get their team across the line.