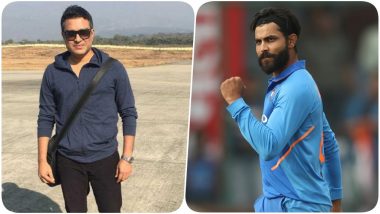 In the DMs, the former Indian cricketer was seen having an argument with the netizens about his analysis. In the following comment, Sanjay Manjrekar had said that Ravindra Jadeja doesn't know English and someone must have even spelt verbal diarrhea for him. "Sad state you are in. Expecting me to worship players like you do… by the way I am not a fan. I am an analyst. And Jadeja doesn’t know English so he did not know the actual meaning of bits and pieces. And surely somebody spelt verbal diarrhoea for him.” one of his messages read.

Now little did he know that the chat between him the netizens would be leaked online. Check out the entire conversation below:

I didn’t want to share this personal chat in public, even though it’s full to shit. But couldn’t help, coz ppl need to know this side of this man. @imjadeja would be proud of what he did to prove you wrong. @BCCI is this the kind of man you would want in your com panel in future? pic.twitter.com/AUjX301Foz

Manjrekar is yet to clarify if the comments are fake or genuine. But surely, once again these comments have stirred yet another controversy and the netizens are not sparing him this time either.

(The above story first appeared on LatestLY on Jun 09, 2021 02:32 PM IST. For more news and updates on politics, world, sports, entertainment and lifestyle, log on to our website latestly.com).