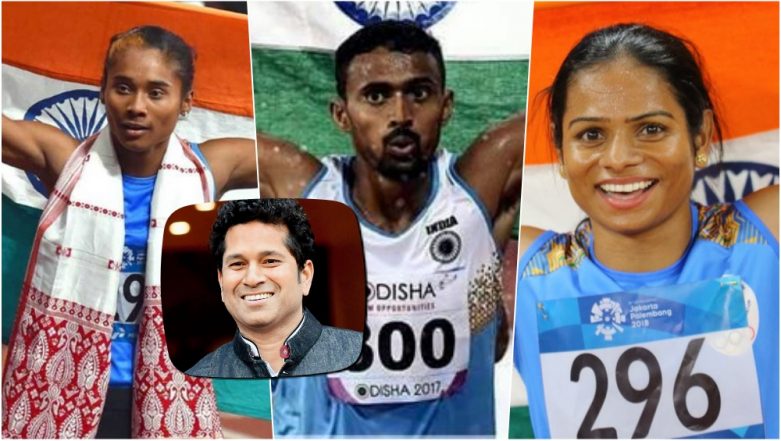 “Today’s wins bring the #AsianGames2018 medal tally for India 🇮🇳 to 36.. 5 Silver🥈 & 2 Bronze🥉. Best wishes to all the winners. 👍👍,” writes Tendulkar. The 45-year-old cricketing legend has been keenly following Indian contingent and their participation in various sporting disciplines. Like the rest of the nation, an exhilarated Sachin Tendulkar ensures to keep encouraging the sportspersons with motivating tweets. And getting appreciated by one of the most influential figure in the world would indeed lift the spirits high.

On Sunday, apart from Indian sprinters Muhammed Anas, Hima Das and Dutee Chand, two rare silver medals in equestrian and two bronze medals in the bridge event soared India's medal tally to 36 at the end of ninth day at the 18th Asian Games on Sunday. India’s medal tally currently stands at 36 with 7 gold, 10 silver and 19 gold, while they are at ninth position in the medal table and team standings.

Among other success stories on the day, ace Indian singles shuttlers Saina Nehwal and P.V. Sindhu entered the semi-finals to assure two historic medals, while the men's and women's compound archery teams advanced to the finals and India's men's hockey team defeated South Korea 5-3 to be on the verge of qualifying for the semi-finals. (Inputs from IANS).