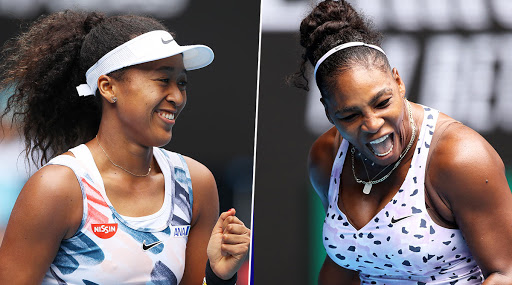 Melbourne, January 20: Looking for a record 24th Grand Slam singles title, Serena Williams began her campaign at the Australian Open on an emphatic note as she registered a straight-sets victory over Russian teenager Anastasia Potapova in the first round of the competition on Monday. Seeded No.8, Williams hardly broke any sweat as she ousted Potapova 6-0, 6-3 in a match that lasted less than an hour. The seven-time Australian Open champion needed just 58 minutes to defeat the former junior Wimbledon champion. Australian Open 2020: Play Suspended as Heavy Rain Hits Melbourne.

The 38-year-old blasted 24 winners, including nine aces, to Potapova's 11, and the American claimed more than three-quarters of points off of the 18-year-old Russian's second serve. She will now face either Tamara Zidansek of Slovenia or South Korean wildcard Han Na-lae in the second round. Meanwhile, defending champion Naomi Osaka also defeated Czech star Marie Bouzkova to open play on Rod Laver Arena, advancing into the second round in straight sets.

The World No.1 surged through a tricky 6-2, 6-4 victory over rising Bouzkova to begin her title defence. Osaka was playing her first match in Melbourne since winning her second major title over Petra Kvitova one year ago and played her best tennis in the crucial moments to advance after 80 minutes on Rod Laver Arena. She will now face China's Zheng Saisai in the second round.