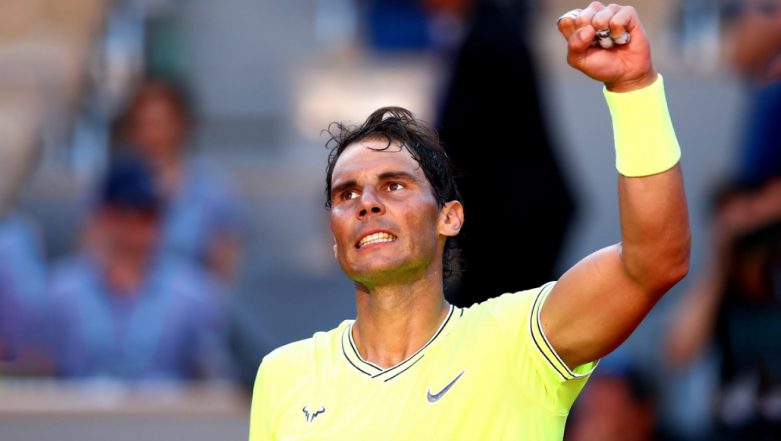 The 11-time French Open champion and 'King of Clay' Rafael Nadal will face Juan Ignacio Londero or J Londero in the fourth round or round of 16 in French Open 2019 today, on Sunday. The number 2 seed and defending champion Nadal will face the 78th ranked Argentina tennis player at the Philippe-Chatrier Court. If you are looking for live telecast and free streaming online details of Rafael Nadal vs Juan Ignacio Londero fourth round (Round of 16) match in the French Open, you will find it all here. Also, get information on match timings in IST (Indian time) and TV channels doing the live coverage of the game.

The 32-year-old Nadal already holds the record for the most number of French Open (11) titles won by any player in the history. The Spaniard with 17 Grand Slam titles is second on the list of most number of Grand Slams won by a player in Men's Singles and is only behind Roger Federer's tally of 20 Grand Slams. Nadal and 25-year-old Londero have never faced each other in their careers before.

The Rafael Nadal vs Juan Ignacio Londero fourth round match is scheduled to begin at 7.05 PM (Indian Standard Time). The contest will be played at the Philippe-Chatrier Court.

The Rafael Nadal vs Juan Ignacio Londero match can also be viewed online. Video streaming platform Hotstar will play the live streaming of the match. Fans can watch the full match on Hotstar.

Rafael Nadal began his French Open 2019 campaign on Monday, May 27, against Germany's Y Hanfmann and beat him 6-2, 6-1, 6-3. The Spaniard then faced Y Maden of Germany in round two of the French Open and defeated the German 6-1, 6-2, 6-4. Nadal then beat David Goffin of Belgia in the third round. The Spaniard goes into the match against Juan Ignacio Londero as the favourite to win the clash.