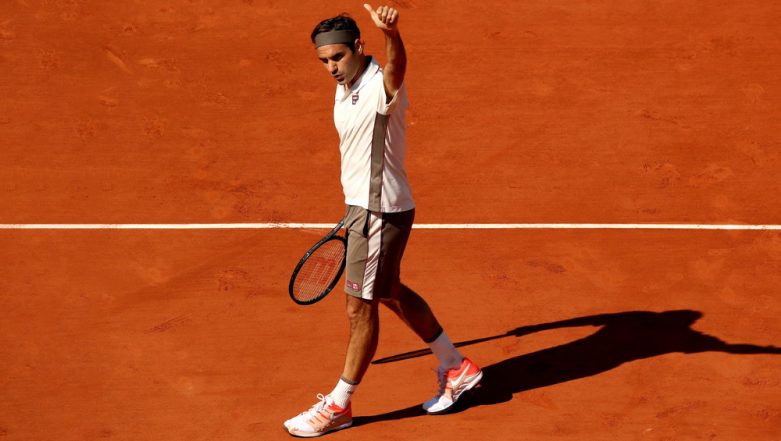 Roger Federer will play his fourth round match or Round of 16 contest against Argentina's Leonardo Mayer in French Open 2019 today, on Sunday. The Swiss maestro will play the Argentine tennis player at the Philippe-Chatrier Court. The 2009 French Open champion, Roger Federer, is in search of his second title at the Roland Garros. Federer has won 20 Grand Slam titles in Men's Singles, more than any other player in this section, since turning PRO in 1998. The 37-year-old Federer will take on the 32-year-old Mayer at Roland Garros 2019 Championship. If you are looking for live telecast and free streaming online details of Roger Federer vs Leonardo Mayer in round four (Round of 16 ) match in the French Open, you will find it all here. Also, get information on match timings in IST (Indian time) and TV channels doing the live coverage of the game.

Federer, the World No 3, is also seeded number three in French Open 2019. The Swiss is only below the top-seeded Novak Djokovic and number 2 seed and 11-time French Open trophy winner Rafael Nadal. On the other hand, Mayer is currently ranked number 68 in the world. Federer and Mayer have played each other three times and Federer leads Mayer 3-0 in career battles.

The Roger Federer vs Leonardo Mayer match is scheduled to begin at 3.45 PM (Indian Standard Time). The contest will be played at the Philippe-Chatrier Court.

The Roger Federer vs Leonardo Mayer match can also be viewed online. Video streaming platform Hotstar will play the live streaming of the match. Fans can watch the full match on Hotstar.

Roger Federer, who is making a comeback at the French Open after 2015, made a triumphant return to the clay court Grand Slam. The Swiss maestro beat Italy's Lorenzo Sonego in round one in straight sets. In the second round, Federer faced Germany's O. Otte at the Philippe Chatrier Court. The Swiss great bear Casper Ruud in third round in straight sets. Federer will look to make it to the quarters of French Open 2019 when he takes on Argentina's Leonardo Mayer on Sunday.