This year, Star India bagged the global media rights for the game for an estimated Rs 16,348 crore bid for five seasons (2018-22) 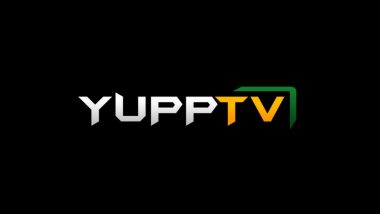 OTT Platform Yupp TV has been awarded the exclusive digital and television media rights for Vivo-Indian Premier League (IPL) 2018, for Europe, South America, South East Asian countries and non-exclusive rights for Australia by Star India. Now cricket fans from these countries have a reason to rejoice as they will get to enjoy the live streaming of all the IPL matches. This year, Star India bagged the global media rights for the game for an estimated Rs 16,348 crore bid for five seasons (2018-22).

According to the release shared by the company, Uday Reddy, founder & CEO, YuppTV, said, “By bagging the exclusive digital media rights for the Vivo-IPL 2018, we are enabling live, on-the-go access to the cricket tournament for our users. Our endeavor is to provide them with seamless, real-time access to all the matches and allow our viewers from across different geographical boundaries to watch their favorite teams in action on their preferred device!”

Season 11 of the biggest cricketing tournament Indian Premier League (IPL) is scheduled totake place from  April 7 to May 27, 2018. This year, IPL, will witness eight teams playing, including Chennai Super Kings and Rajasthan Royals that are back in action after being suspended for two years.

(The above story first appeared on LatestLY on Mar 20, 2018 04:47 PM IST. For more news and updates on politics, world, sports, entertainment and lifestyle, log on to our website latestly.com).