Apple ‘Unleashed’ Event Scheduled for October 18, 2021; Here’s What To Expect

Apple, the Cupertino based tech giant will host a special event next week. During the event, Apple is likely to launch new M1X MacBook Pro models, AirPods 3, Mac Mini and more. 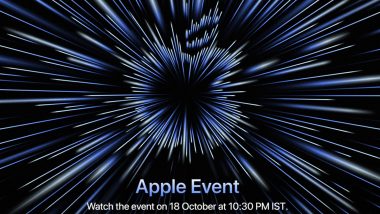 Apple, the Cupertino based tech giant will host a special event next week. The company has released a poster of the same on its official website and Twitter account. The poster showcases an Apple logo formed by beams of light on a black background with the word 'Unleashed' and the date as October 18. As a reminder, the tech had held an event last month where it launched the iPhone 13 Series, Watch Series 7, new iPad and iPad Mini. Apple ‘Unleashed’ Event Set for October 18, 2021; M1X MacBooks Likely To Be Launched.

The launch event will commence at 10 am PDT (10:30 pm IST) and will be streamed live via Apple's official YouTube and other social media channels. At the Unleashed event, Apple is likely to launch new M1X MacBook Pro models. These MacBook Pro variants are said to come with better connectivity, MagSafe charging and no Touch Bar. In addition to this, the company could also announce AirPods 3, Mac Mini and more. 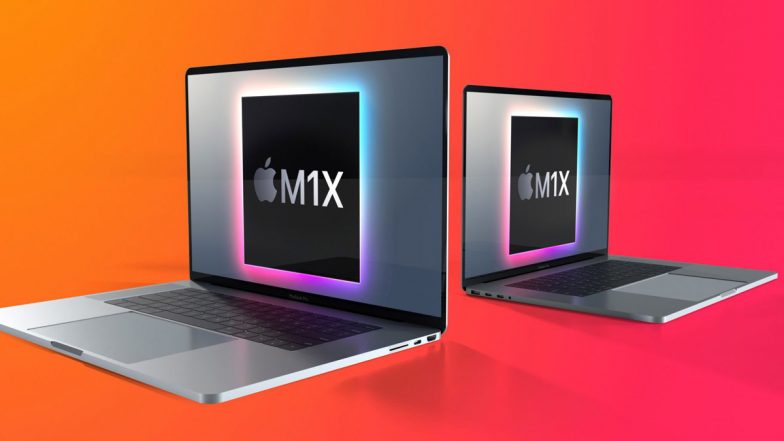 The upcoming MacBook Pro is likely to come in two screen sizes - 14-inch and 16-inch. Both models are said to sport a flat-edged design just like the iPad Pro, an improved M1X processor, an HDMI port, an SD card slot, GPU cores and more. Coming to AirPods 3, the TWS earbuds might come with similar built-in features as that of AirPods Pro. These features include a short stem, a small charging case and spatial audio support. As per a previous report, Apple AirPods 3 will not come with the ANC feature. On the other hand, Mac Mini could come with several Thunderbolt ports, a magnetic charging connector, a MagSafe power controller and more.

(The above story first appeared on LatestLY on Oct 13, 2021 09:49 AM IST. For more news and updates on politics, world, sports, entertainment and lifestyle, log on to our website latestly.com).