The itel Vision 1 Pro entry-level smartphone is priced at Rs 6,599. At this price point, the new handset competes with Micromax In 1B and Lava Z2. 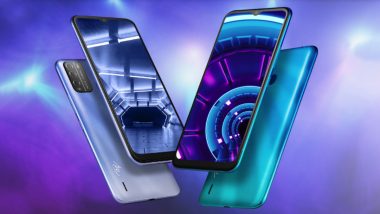 itel Mobile officially launched a new budget smartphone in the Indian market, which is called Vision 1 Pro. It is an upgraded version of the itel Vision 1 that was introduced last year. The entry-level smartphone is priced at Rs 6,599. At this price point, the new handset competes with Micromax In 1B and Lava Z2. The newly launched itel handset comes in two colour options - Aurora Blue and Ocean Blue. As a part of the launch offer, the Chinese phone maker is also offering a free mono BT headset. The smartphone is available for purchase via Flipkart.

Talking about the specifications, the new itel Vision 1 Pro comes with a 6.52-inch IPS LCD panel with a waterdrop notch offering an HD+ resolution of 720 x 1600 pixels and a screen-to-body ratio of 90 percent. The phone comes powered by an undisclosed 1.4GHz Cortex-A53 quad-core processor that is clubbed with a 2 GB of RAM and 32 GB of onboard storage. itel Vision 1 3GB Variant With 4,000mAh Battery Launched in India for 6,999; to Go on Sale on August 18. 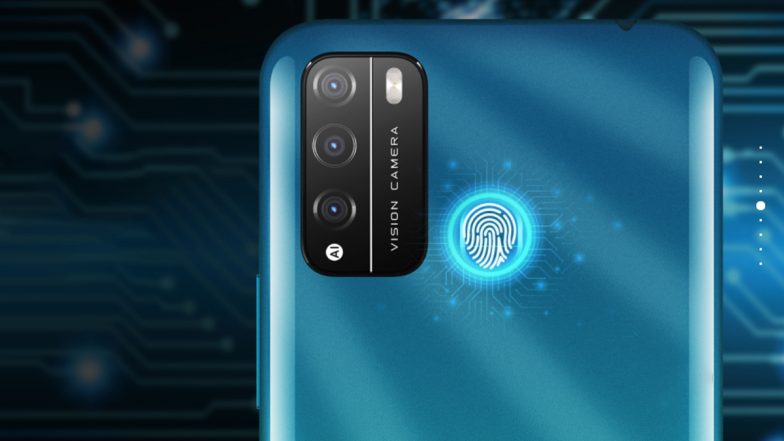 For photography, the handset gets a triple rear camera module. It consists of an 8MP primary shooter with two VGA cameras. At the front, there is a 5MP selfie shooter. It also gets a fingerprint sensor placed at the rear of the phone. Moreover, the phone supports face unlock. It is backed by a 4,000mAh battery that is claimed to offer a backup of 800 hours of standby time, 35 hours of music playback, and 7 hours of video playback. It runs on Android 10 (Go edition).

(The above story first appeared on LatestLY on Jan 16, 2021 10:34 PM IST. For more news and updates on politics, world, sports, entertainment and lifestyle, log on to our website latestly.com).