India's smartphone market grew in the quarter ending March. But with states imposing lockdown amid the second wave of COVID-19, it is expected to drop in the second quarter. 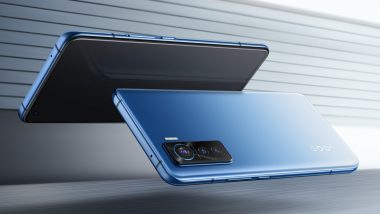 New Delhi, May 10: Owing to the second Covid-19 wave and associated state-wide lockdowns, the country is likely to see a significant dip of 15-20 percent in smartphone shipments in the April-June period (Q2) 2021, a new report said on Monday. Coupled with that, supply chain disruptions and component shortages will continue to test smartphone brands, according to market intelligence firm CMR.

"Having said that, with remote work and e-learning continuing to gain permanence, it potentially bodes well for the smartphone industry prospects in H2 2021,' said Anand Priya Singh, Analyst-Industry Intelligence Group, CMR. 'While current market conditions remain turbulent, we remain cautiously optimistic of the smartphone industry prospects going forward," Singh said in a statement.  Oriol Vingut: Shaking the eCommerce Market With Their Zero to Six-Figure Billing in Just 20 Days During the Pandemic.

"Xiaomi remained on top in smartphone shipments, and POCO's remarkable growth bodes well for Xiaomi. It is facing tough competition from the likes of Samsung and Vivo. During Q1, OPPO continued to build on its growth momentum, with new 5G-capable offerings," said Shipra Sinha, Analyst-Industry Intelligence Group, CMR. Samsung grew 41 percent (YoY). It launched at least 12 new models with the Samsung A12, A32, A52, and A72, accounting for close to 25 percent of its shipments. Samsung Galaxy M11 Smartphone Now Receiving Latest Android 11 Based One UI 3.1 Core OS Update.

(The above story first appeared on LatestLY on May 10, 2021 01:37 PM IST. For more news and updates on politics, world, sports, entertainment and lifestyle, log on to our website latestly.com).