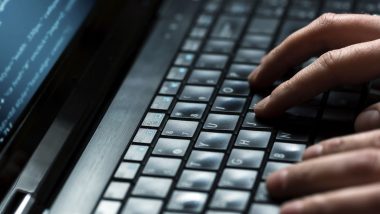 New Delhi, October 22: A security issue was found in PM Narendra Modi's website on Thursday. His personal data was reportedly leaked on the Dark Web. Hours after the issue was reported, a French hacker, Elliot Alderson, claimed that he established contact with PM Modi's website team and disclosed the matter to the them. Twitter Account of Prime Minister Narendra Modi’s Personal Website Hacked, Later Restored.

A security issue has been found in your website. Can you contact me asap to fix the issue?

Earlier in the day, reports surfaced PM Modi's personal website data was leaked on the dark web. According to a report published by cybersecurity firm Cyble, the leaked data include information of over 2,92,000 people who had made a contribution to the PM's National Relief Fund through his website, narendramodi.in.

(The above story first appeared on LatestLY on Oct 22, 2020 09:22 PM IST. For more news and updates on politics, world, sports, entertainment and lifestyle, log on to our website latestly.com).