In a significant move, Elon Musk-run SpaceX has completed its first-ever, full flight-like dress rehearsal for its deep space rocket Starship that is likely capable of taking astronauts to Mars, the company announced on Tuesday. 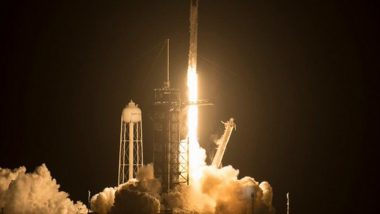 The space company conducted a "wet dress rehearsal" with the 395-foot-tall (120 metres) Starship at its Starbase facility in South Texas, the US. "Starship completed its first full flight-like wet dress rehearsal at Starbase. This was the first time an integrated Ship and Booster were fully loaded with more than 10 million pounds of propellant," SpaceX said in a tweet.

Both elements are designed to be fully reusable, and both will be powered by SpaceX's next-generation Raptor engines. SpaceX's Starship spacecraft and Super Heavy rocket (collectively referred to as Starship) represent a fully reusable transportation system designed to carry both crew and cargo to Earth orbit, the Moon, Mars and beyond.

Starship will be the world's most powerful launch vehicle ever developed, with the ability to carry in excess of 100 metric tonnes to Earth orbit. Starship is designed to deliver satellites further and at a lower marginal cost per launch than our current Falcon vehicles.

With a payload compartment larger than any fairing currently in operation or development, Starship creates possibilities for new missions, including space telescopes even larger than the James Webb, according to the company.

(The above story first appeared on LatestLY on Jan 24, 2023 11:42 AM IST. For more news and updates on politics, world, sports, entertainment and lifestyle, log on to our website latestly.com).