This brand new, expensive space toilet left Earth on October 2. There are a lot of fun things you may not have known about the space toilet yet. From being women-friendly to recycling waste efficiently, in this article, we bring you details on how the space toilet works. 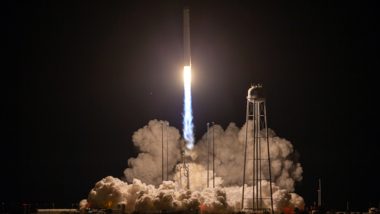 How do astronauts pee or use the washroom? This is an old space-age question. The most basic human biological processes become challenging off the planet because of the lack of gravity. To make it a little less challenging for its next manned mission to space, the National Aeronautics and Space Administration (NASA) has launched a $23 million space toilet. This brand new, expensive space toilet left Earth on October 2. There are a lot of fun things you may not have known about the space toilet yet. From being women-friendly to recycling waste efficiently, in this article, we bring you details on how the space toilet works.

For decades astronauts at the International Space Station have been using Russian-made toilets. These toilets are functioning well, but astronauts have often given feedbacks on the difficulty and discomfort they face, especially women astronauts. To address the issue, NASA developed its own space toilet that would reportedly work in zero gravity, not only in the space station, but even during longer missions. The new space toilet is called the Universal Waste Management System (UWMS), and if it passes the daily usage tests at the space station, NASA will install another UWMS in Orion for the Artemis II flight test that targets to send astronauts on a ten-day mission beyond the Moon and back. How do Astronauts Pee and Poop in Space? NASA Astronaut Reveals The Misery of Spaceship Toilets.

The titanium toilet is better suited for women. The old toilets cater more to men. To better accommodate women, NASA tilted the seat on the new toilet and made it taller. The new shape should help astronauts position themselves better.

New @ISS_Research is headed to the @Space_Station after the successful launch of @NorthropGrumman's Cygnus spacecraft. Cargo aboard includes research on cancer treatments, a crop of radishes to cultivate, a VR camera, a new space toilet, and more: https://t.co/D3XyxvD284 pic.twitter.com/Flqh8sryR1

Resources at the space centre are limited, which means recycling of waste is of utmost importance. Every drop of water is to be preserved and recycled. NASA explained that the urine collected by the new toilet would be routed into NASA’s long-standing recycling system so that it can produce water for drinking and cooking. From Periods, Farting to Peeing in Space Know Important Facts About Difficulties Faced by Astronauts in Spaceships and How They Overcome Them.

How Do This Space Toilet Work?

In the absence of gravity, space toilets use airflow to pull urine and faeces away from the body and into the receptacles. A new feature of the UWMS, as explained by NASA is the automatic start of the airflow when the toilet lid is lifted, which again, helps the odour control. Again, because of its ergonomic design, it requires less time to maintain. This means the crew gets more time to spend on science and other focused tasks.

The new toilet weighs almost 100 pounds and measures 28 inches tall. It is 65 percent smaller and almost half as light than current ISS toilets in use.

(The above story first appeared on LatestLY on Oct 06, 2020 06:49 PM IST. For more news and updates on politics, world, sports, entertainment and lifestyle, log on to our website latestly.com).