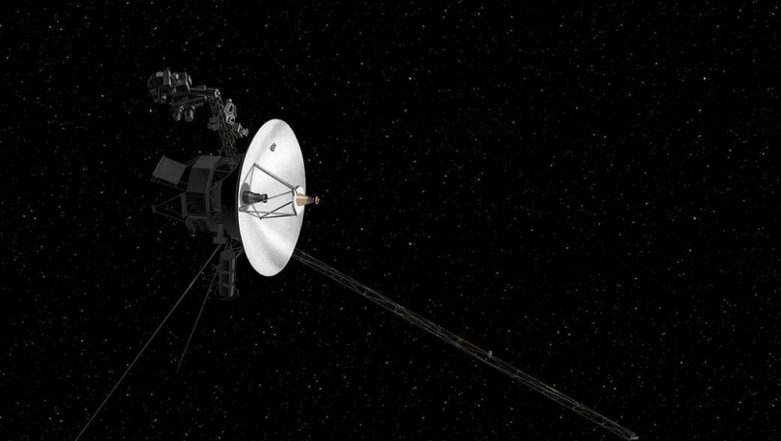 U.S.’s space agency NASA announced on Monday that its Voyager 2 probe has reached interstellar space. NASA said Voyager 2 was now more than 18 billion kilometres away from Earth and had left the heliosphere -- "the protective bubble of particles and magnetic fields created by the Sun," the space organization said in its statement.

For the second time in history, a human-made object has reached the space between the stars. Now slightly more than 11 billion miles (18 bil. km) from Earth, @NASAVoyager 2 has now left the Sun's protective bubble & is flying in interstellar space: https://t.co/zRnhiaJqGS #AGU18 pic.twitter.com/Zzncki4GKB

NASA said Voyager 2 crossed the outer edge of the heliosphere — called the heliopause — on November 5 – it was confirmed based on readings from the probe's instruments, which will provide observations of interstellar space.

Interstellar space is the vast mostly emptiness between star systems.

John Richardson, principal investigator for the probe's "Plasma Science Instrument" and a principal research scientist, in the statement released by NASA said, "Working on Voyager makes me feel like an explorer, because everything we're seeing is new." "Even though Voyager 1 crossed the heliopause in 2012, it did so at a different place and a different time, and without the PLS data. So we're still seeing things that no one has seen before," he added.

Voyager 2 has now been in space for more than 41 years as of today. It has sent pictures of planets like Neptune and also sent data to study all four of the solar system's giant planets at close range.