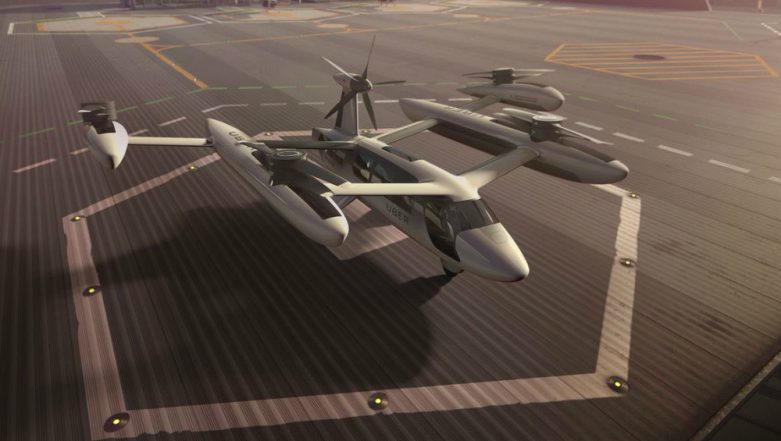 Sydney, June 12: Australia's Melbourne city will be the first in the world outside of the US to launch Uber Airs aerial ride-sharing pilot program, the company said on Wednesday. "Test flights (are) due to start from 2020 and plans for commercial operations (will) commence from 2023," Uber announced in a statement, reported Efe news. Dallas and Los Angeles in the US are the other two pilot cities.

More than 3.8 million Australians use the ride-sharing service, which entered the market in 2012, Regional General Manager for Uber in Australia, New Zealand and North Asia, Susan Anderson, said on Tuesday at a company meeting in Washington. "Australian governments have adopted a forward-looking approach to ride-sharing and future transport technology," said Anderson. Uber Air Mobility Concept Announced; India Among 5 Countries Shortlisted for Flying Cabs.

"This, coupled with Melbourne's unique demographic and geospatial factors, and culture of innovation and technology, makes Melbourne the perfect third launch city for Uber Air," she added.

Uber reported that traffic congestion costs Australia AU$16.5 billion (US$11.47 billion) each year and it is anticipated that in 2030 the figure will go up to AU$30 billion.

"In the long term, the vision is for safe, quiet electric vehicles transporting tens of thousands of people across cities for the same price as an UberX trip over the same distance," Uber's statement said.