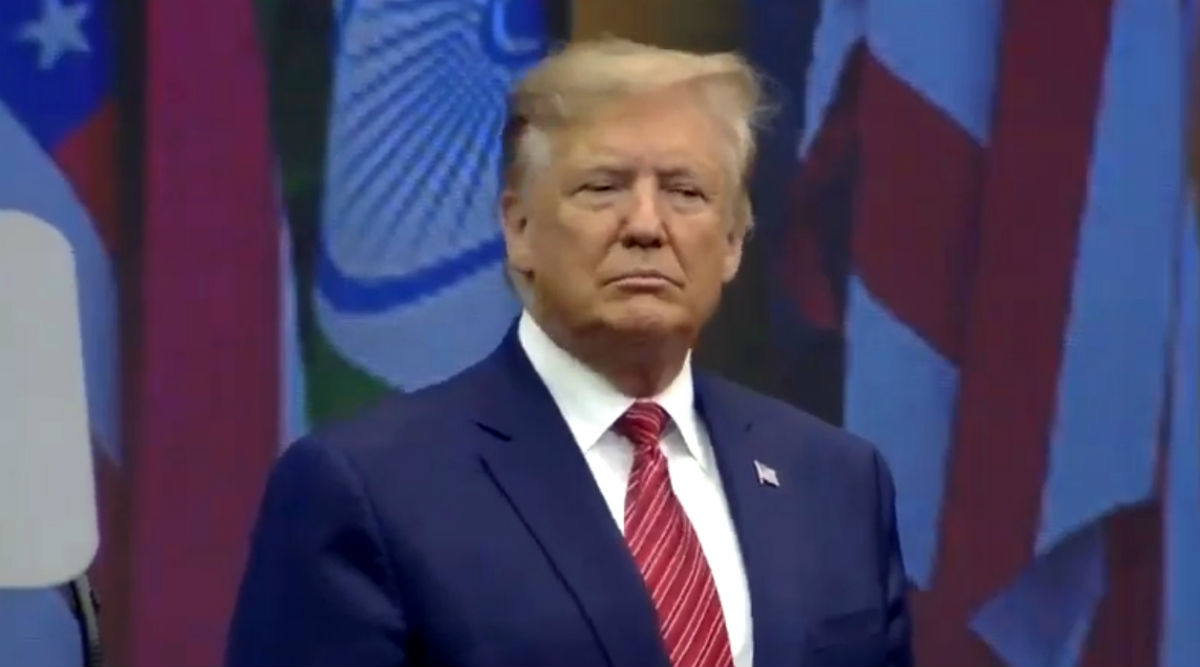 Washington, December 31: President Donald Trump said on Tuesday he expects Iraq to "use its forces" to protect the US embassy in Baghdad after pro-Iran protesters breached the outer wall of the compound.

"We expect Iraq to use its forces to protect the Embassy, and so notified!" Trump tweeted. Iraqi supporters of pro-Iran factions attacked the embassy early Tuesday, breaching its outer wall and chanting "Death to America" in anger over weekend air strikes that killed two dozen fighters. US President Donald Trump Says Texas Gun Laws Saved Lives in Church Attack.

It was the first time in years that protesters have been able to reach the US embassy, which is sheltered behind a series of checkpoints in the high-security Green Zone. Trump blamed Iran for organizing the attack and warned Tehran would be held accountable.

"Now Iran is orchestrating an attack on the US Embassy in Iraq. They will be held fully responsible," he tweeted.