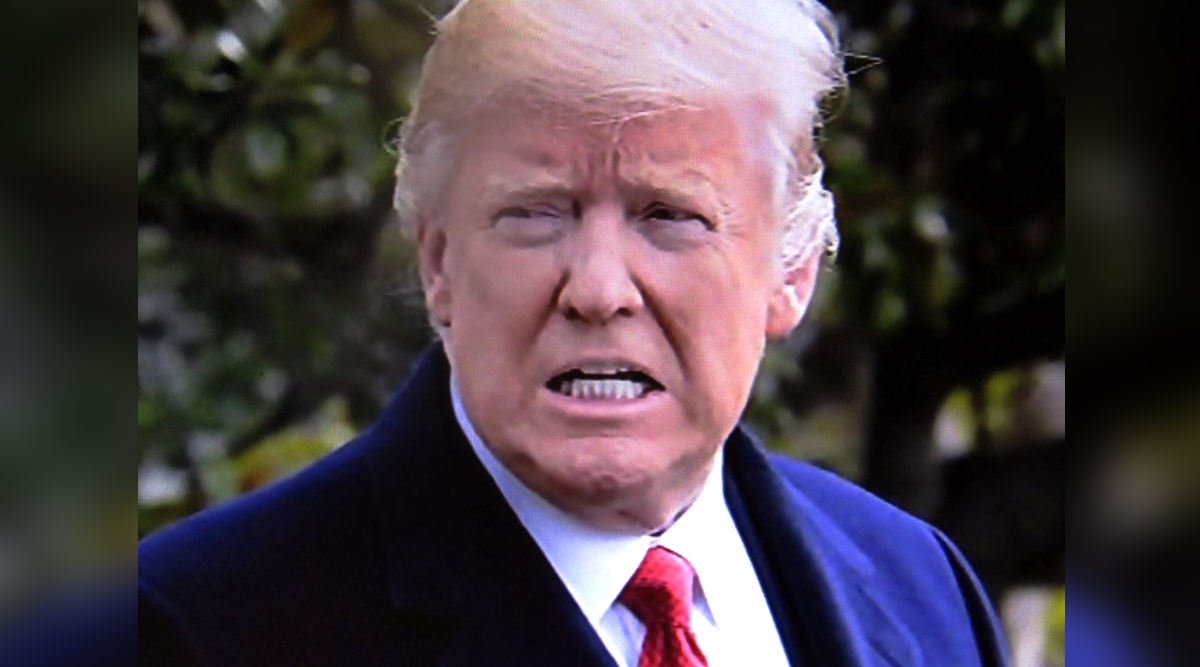 Washington, December 11: Donald Trump on Tuesday paid $2 million in damages as part of a settlement over use of his former charity to further his political and business interests -- the latest item on the US president's list of legal woes.

Trump had been accused of using foundation funds to settle lawsuits, promote his Trump-branded hotels, and for personal spending, including the purchase of a portrait of himself to display at one of his golf clubs.

The $2 million was paid equally to eight different charities, including the Children's Aid Society, the United Negro College Fund and the US Holocaust Memorial Museum, according to a statement from New York Attorney General Letitia James, a Democrat.

"Charities are not a means to an end, which is why these damages speak to the president's abuse of power and represent a victory for not-for-profits that follow the law," she said in the statement.

The payments were made the same day that Democrats in Congress unveiled two articles of impeachment against Trump, a momentous step asserting that he abused his office and deserved to be removed.

James filed the lawsuit against the Trump Foundation in June last year, accusing it of "persistently illegal conduct" that included improper coordination between the charity and his campaign team during his 2016 White House bid.

Trump agreed to shut down his personal charity in 2018, but the suit moved ahead regardless, as prosecutors sought millions of dollars in restitution and penalties.

The suit also said that in early 2016 while Trump was running for president, he organized what was billed as a Trump Foundation fundraiser but was actually a campaign event.

Trump had pushed back against the lawsuit, defending his organization's work and lauding its financial responsibility.

"It has been 4 years of politically motivated harassment," he said in a statement after the court ruling. "All they found was incredibly effective philanthropy and some small technical violations, such as not keeping board minutes."

Trump faces ongoing legal troubles on multiple fronts. Courts have ordered that two banks must hand over to Congress documents related to the president's finances, and he is fighting an attempt by a New York prosecutor to compel the release of eight years' worth of tax returns, among other battles.