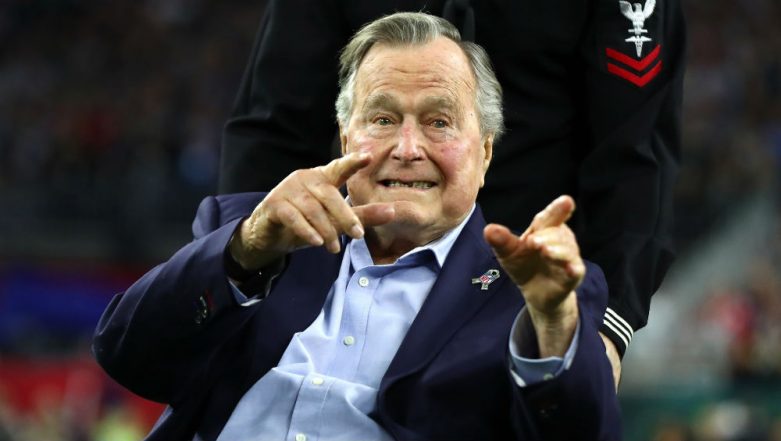 Washington DC, December 5: The funeral ceremony of former US President George H.W. Bush is underway in the US Capitol Rotunda for the second consecutive day. This gives the public another chance to view the casket of the 41st President of the United States of America. A state funeral will be held of the former commander-in-chief at the National Cathedral before which the public could pay their last respect.

Four former US Presidents and current President Donald Trump will be attending his funeral organised at the National Cathedral, Washington D.C.

How to watch the live streaming online

Major news channels like CBS and NBC, as well as video streaming YouTube pages of channels like ABC, will provide live coverage of the funeral services. Those who prefer direct access on web can watch the proceedings at www.georgehwbush.com.

The mobile apps of these major networks will also livestream the ceremonies. CNN is providing ongoing commentary in writing.

Schedule of the funeral services for George H.W. Bush

Arrival of the casket and funeral at Washington National Cathedral, Washington, D.C.- Wednesday, Dec. 5, at 11am ET (Eastern Time).

US President Donald Trump tweeted saying "President George H.W. Bush led a long, successful and beautiful life. Whenever I was with him I saw his absolute joy for life and true pride in his family. His accomplishments were great from beginning to end. He was a truly wonderful man and will be missed by all!"