US National Day of Mourning: Know What Will Be Open & Closed on This Federal Holiday for George HW Bush’s Funeral on Dec 5 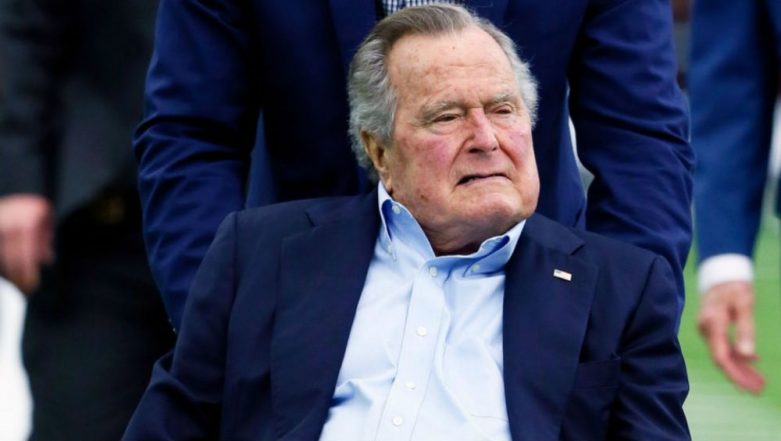 The United States of America will observe the National Day of Mourning tomorrow, on December 5, 2018, to honour the 41st President of the United States, George Herbert Walker Bush who died on November 30. Four former US Presidents and incumbent President Donald Trump will be attending his funeral organised at the National Cathedral, Washington D.C. The National Day of Mourning will act as an impromptu federal holiday, meaning many federal offices and services will be closed. The US Postal Service reported halting most of the mail services and post offices will be closed. George H W Bush Passes Away: Memorable Speeches of Former US President Highlighting His Accomplishments.

2. All federal offices will be closed. Federal employees will be excused from work, apart for reasons of national security or essential public businesses.

3. The New York Stock Exchange and Nasdaq will be closed.

4. Some banks and courts will be closed tomorrow. The Federal Reserve Bank payment systems will work as usual, and closures will vary by area.

5. The Supreme Court is postponing arguments for a day on National Day of Mourning.

6. The House has cancelled all votes for the week.

7. The US Senate has postponed votes to after the Wednesday funeral.

Apart from the above, the remaining services will stay open in the United States. The last time, the markets were closed at the United States was due to death of the then US President Gerald R. Ford on January 2, 2017. On December 5, Bush’s casket will be transported by motorcade to the National Cathedral, where a state funeral will be held at the early hours which will be attended by Donald Trump along with first lady Melania Trump.