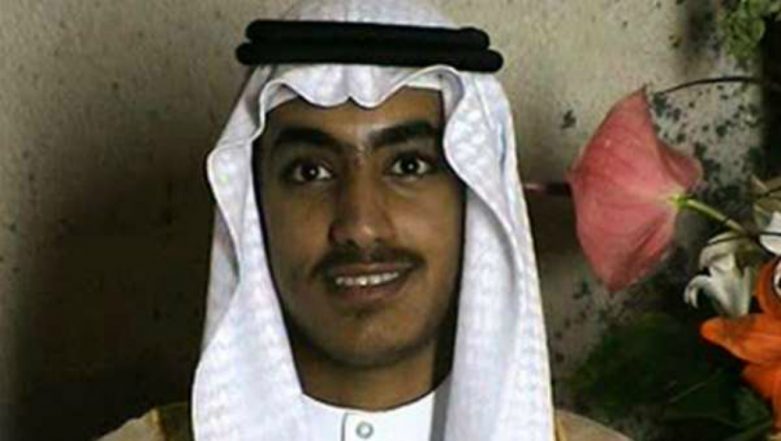 Washington,  August 22: US Secretary of Defense Mark Esper has confirmed the death of Hamza Bin Laden, the son and designated heir of Al-Qaeda founder Osama bin Laden. "That's my understanding," Esper said in an interview late Wednesday with Fox News, when asked if Hamza bin Laden was dead. "I don't have the details on that. And if I did I'm not sure how much I could share with you," he added. Saudi Arabia Revokes Citizenship of Hamza Bin Laden After US Puts $1M Bounty for Son of Late Al-Qaeda Leader.

US media reported at the beginning of August that bin Laden was killed during the last two years in an operation that involved the United States, citing US intelligence officials. But President Donald Trump and other senior officials have refused to confirm or deny it publicly.

"I don't want to comment on it," Trump told reporters when asked. The 15th of Osama bin Laden's 20 children and a son of his third wife, Hamza, thought to be about 30 years old, was "emerging as a leader in the Al-Qaeda franchise," the State Department said in announcing the reward. Sometimes dubbed the "crown prince of jihad," he had put out audio and video messages calling for attacks on the United States and other countries, especially to avenge his father's killing by US forces in Pakistan in May 2011, the department said. Hamza, Son of Osama Bin Laden, Now Has Bounty of 1 Million US Dollars on His Head.

That work made him important in attracting a new generation of followers to the extremist group which carried out the September 11, 2001 attacks on the US which left nearly 3,000 dead. His father's death in 2011 and the rise of the more virulent Islamic State group saw Al-Qaeda lose currency with younger jihadists, but the group appears to have been plotting a stealthy comeback under leader Ayman al-Zawahiri.