Indian agencies are engaged in getting details of 1,300 SIM cards as they were being used by a gang of Chinese to hack accounts and commit financial frauds, a suspected activity of a Chinese intelligence agency. 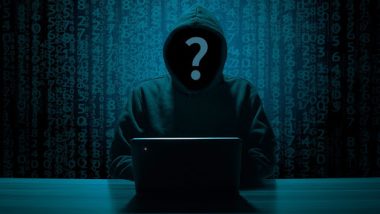 New Delhi, June 12: Indian agencies are engaged in getting details of 1,300 SIM cards as they were being used by a gang of Chinese to hack accounts and commit financial frauds, a suspected activity of a Chinese intelligence agency.

All the telecom operators are learnt to have been directed to report to the agencies concerned soon after they find any suspicious link related to any SIM cards being operated from outside India, said a source.

As per the information, the agencies have sought from these telecom operators to make a list of all Indian SIM cards being operated form China since 2010. Chinese Hackers Get More Aggressive to Hack Indian Organisations' Cyberspace in Last One Year, Agencies on Alert.

The move comes after the agencies learnt that 1,300 SIM cards were used to hack accounts and to commit other financial frauds. The revelation comes after Han Junwe, a Chinese intruder arrested on Thursday, told the agencies about it during his interrogation.

Revealing the shocking fact, Han, a 36-year-old Chinese national who has been a wanted criminal in India, informed the agencies that he has so far taken around 1,300 Indian SIM cards to China using fake documents from India since 2010.

Han, through his associates, used to hide the SIM cards in undergarments and send these to China. "These SIM cards were used to hack accounts and to do other financial frauds," said the Border Security Force (BSF) who arrested the suspected Chinese spy who allegedly sneaked into Indian territory crossing India-Bangladesh border in West Bengal's Malda district.

"The purpose was to cheat people using SIM cards to get their money out of money transaction machines," said the BSF, which is responsible to guard 4,096 km India-Bangladesh border.

The agencies have also raided the hotel of the Chinese national which he has been running from Gurugram named "Star Spring" where some of his colleagues from China were working.

Han, who is now under West Bengal Police custody for further legal proceedings along with seized items, was held under Border Outpost Malik Sultanpur when he was trying to illegally cross India-Bangladesh International Boundary (IB).

A resident of Chinese city of Hubei, Han entered Bangladesh on June 2. From interrogation and his recovered passport, it was learnt that Han reached Dhaka on June 2 on a business visa and stayed there with a Chinese friend.

On June 8, he came to Sona Masjid in Chapainawabganj district (Bangladesh) and stayed in a hotel there, the statement said, adding he was trying to enter Indian territory today (Thursday) when he was caught by the BSF troopers.

During interrogation, the Chinese said that even before this he has come to India four times. He had come to Hyderabad in 2010 and Delhi-Gurugram thrice after 2019. He visited India more than four times.

On further questioning, Han said when he had gone to his hometown Hubei, one of his business partner Sun Jiang used to send him 10-15 numbers of Indian mobile phone SIMs after a few days, which were received by him and his wife. But a few days ago, his business partner was caught by the Anti-Terrorist Squad from Lucknow.

He said that a case has been registered against him and his wife after his business partner revealed his name to the ATS, and due to this, he did not get an Indian visa in China and got visa for Bangladesh and Nepal to come to India.

Soon after Han's business partner was arrested by ATS Lucknow on several charges, the process of issuance of a Blue Corner Notice against him was initiated as per the procedure.

(The above story first appeared on LatestLY on Jun 12, 2021 02:05 PM IST. For more news and updates on politics, world, sports, entertainment and lifestyle, log on to our website latestly.com).