Pakistan Sponsoring Terror, Should Do More to Take Non-Reversible Action Against It: UK 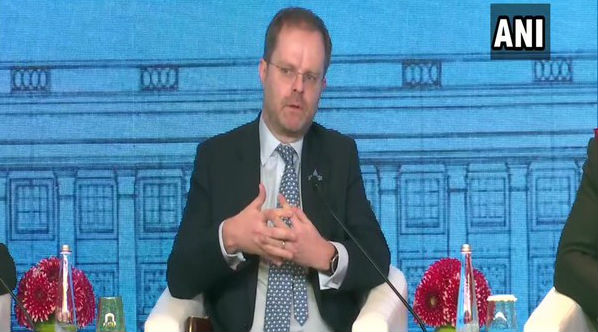 New Delhi, January 16: Underlining that terror groups are active in Pakistan, the United Kingdom (UK) on Thursday said that Islamabad should do more to take "non-reversible" action against terrorism if it wants to prevent itself from being blacklisted by the Financial Action Task Force (FATF).

"All the evidence against Pakistan has been put on the table. Pakistan has taken some action...there has been some progress. Pakistan has to do a lot more and take non-reversible action," Gareth Bayley, UK Foreign and Commonwealth Office Director for South Asia, said at an interactive session at Raisina Dialogue 2020 here. Pakistan Media Watchdog Bans TV Anchor, Show for 60 Days After Cabinet Minister's Fiasco.

"It is absolutely clear that terrorist groups are operating from within Pakistan. They pose a serious challenge to the Pakistan government and the South Asian region as well," he said. The FATF in 2018 placed Pakistan on the grey list and the watchdog has already granted Islamabad an extension till February 2020 during a meeting in October last year.

The body warned that Islamabad would be put on the blacklist if it did not comply with the remaining 22 out of 27 points related to anti-money laundering and counter-terrorist financing. Talking about the developments in the Middle East region, Bayley called for de-escalation and a political settlement between the US and Iran based on international law and rules-based system.

Tensions between the US and Iran escalated dramatically after Iranian general Qassem Soleimani was killed in a drone strike by Washington at Baghdad International Airport earlier this month. Tehran retaliated by firing a volley of missiles at two US-led coalition bases in Iraq.

Meanwhile, Bayley said that the UK has a "really deep" counter-terrorism dialogue with India."Britain has foiled 19 terror attacks on its soil. We can share our experience with India just as India has a lot of experience to share," Bayley said.The diplomat batted for an Afghan-led and Afghan-owned peace process to ensure long-lasting stability and tranquility in the region.

"We need an Afghan led Afghan owned peace process for it to work. We are moving in that direction. If that does not happen, the peace process is bound to fail," Bayley outlined.