Kendall Jenner recently shared a photo online with Palestinian model Fai Khadra, in which the two could be seen together at a restaurant. He also reportedly accompanied her to Hailey and Justin Bieber's wedding. 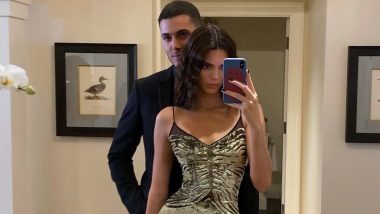 Kendall Jenner raised many eyebrows as she shared a photo of her dinner date with a new man! Kendall took to her Instagram on Saturday to share a picture of her fancy dinner on her Instagram Story. Kendall who was dating Phoenix Suns NBA player Devin Booker, shared a picture from a fancy restaurant, seated next to Model Fai Khadra, making fans speculate whether the reality star has split from boyfriend Kevin. Kendall Jenner is a Total Bombshell In Her Fur Boots With Barely-There Bikini!

In the picture, Kendall is seen sipping from her glass cup in an empty dining hall. Kendall wore a sleeveless grey dress while Fai Khadra layered a black jacket over a white T-shirt. 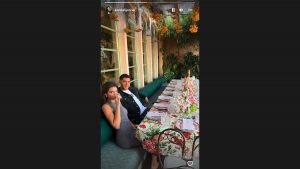 This is not the first time that Kendall has shared a picture with Fai. He escorted the supermodel to Hailey and Justin Bieber's wedding also, as her date. He is also often seen in Kylie Jenner's stories on Instagram. Kim Kardashian, Kendall Jenner Break Their Silence on Astroworld Tragedy at Travis Scott’s Music Festival.

Fai is a Palestinian Model raised in Dubai. He was born in Saudi Arabia where his family still resides. He has been linked to Victoria's Secret model Devon Windsor, as well as actress Camila Morrone. Apart from the Kardashians, Fai is also often spotted with models Gigi Hadid, Bella Hadid and Hailey Bieber.