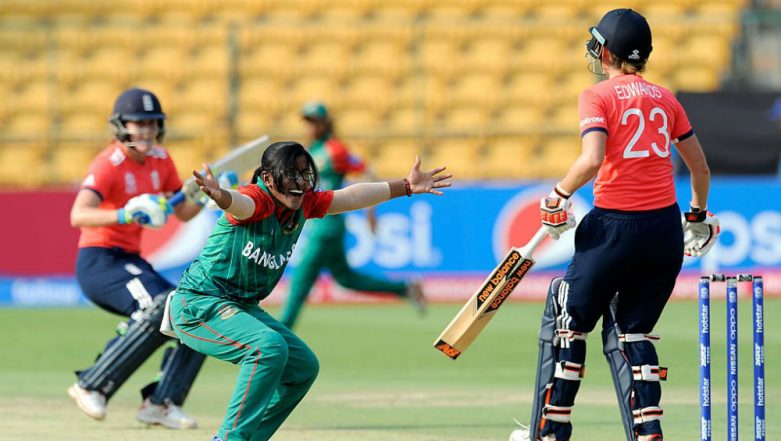 The ICC Women's World T20 is slated to be held from November 9 to November 24 in the West Indies. (Photo: @WorldT20/Twitter)

The Decision Review System (DRS), using ball-tracking and edge detection technology, will make its first appearance at an International Cricket Council (ICC) World Twenty20 event, which will be implemented from this year's women's edition slated to commence in the West Indies on Friday. The tournament, which has been separated from the men's event for the first time to give its own identity and place in the international cricket calendar, will see all matches being broadcast live for the first time in more than 200 countries around the world.

"Building on the momentum from last year's ICC Cricket World Cup which broke all viewership records with 180 million people watching the final, the coverage is part of the ICC's commitment to accelerating the growth of the women's game. It also reflects a growing demand for women's cricket. 70 per cent of cricket's one billion plus fans said they wanted more coverage of the women's game in the recent ICC global market research project," the ICC said in a media release. ICC Women’s World T20 2018 Free Live Streaming & Telecast Details in IST: Time, Venue, Where and When to Watch Live Video of Women's T20 Matches on TV and Online

Star Sports, ICC's Global Broadcast Partner, and its licensees will bring coverage to fans across the world through live and highlights television coverage in close to 160 territories. Whilst the live digital coverage - simulcasts on mobile and other digital platforms like Hotstar in India and other parts of the world and channel apps such as ESPN Play in the host nation, will be available globally - in over 200 territories.

Aarti Singh Dabas, Head of Media Rights, Broadcast and Digital, said, "The ICC Women's World Cup last year proved that there is a huge demand for the women's game. By providing extensive coverage of the pinnacle women's event in the T20 format, we are catering to that growing demand from fans to have more and better coverage of women's cricket."

"We are fortunate to have broadcast partners led by Star Sports who are committed to growing the women's game and providing such broad coverage that will shine a light on new heroes and role models," she added. ICC Women’s World T20 2018: Harmanpreet Kaur, Smriti Mandhana Show Off Their Dancing Skills Ahead of the Mega Tournament

"Women's cricket has improved by leaps and bounds and what we get to watch now is some very high-quality cricket. The ICC Women's World Cup last year was huge in the way women's cricket was broadcast and consumed, and it's no surprise that we're now seeing all 23 games of the ICC Women's World T20 being broadcast live. It will be the first stand-alone Women's World T20 and I'm sure fans from all over the world are looking forward to this event. I'm glad to be a part of this," Chopra was quoted as saying in the release.

The ICC Women's World T20 is slated to be held from November 9 to November 24 in the West Indies. The hosts are the current defending champions, having defeated Australia by eight wickets in the 2016 edition held in India. The 'Women in Blue' will kick-start their campaign against New Zealand in their Group 'B' fixture in Guyana on Friday.