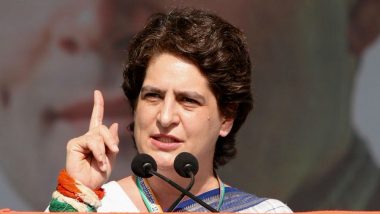 Speaking to ANI, Khurshid said that Congress will not form an alliance with any political party for the upcoming Uttar Pradesh Assembly polls. However, he added, "Gathbandhan is done by heart. If anyone wants to join our party, they are welcomed."

The leader, asked about the Chief Minister's face in UP polls, he said, "We will be fighting the upcoming Assembly elections under the leadership of Priyanka Gandhi Vadra. She is working hard to ensure that we win. Later on, she may announce the CM's face."

Speaking about the Congress manifesto for the upcoming elections, he said, "We are interacting with the common people. We have made a proper strategy for this. The manifesto will have the voice of the common people. The main focus will be on the farmers, security of women. We have met the people of Agra today and have discussed their issues."

"Manifesto will also focus on the health sector as the nation has a weak health system, the truth was revealed during the COVID-19 pandemic. We need to strengthen the health and education sector too," he said.

In the 2017 Assembly elections, the BJP won a landslide victory winning 312 Assembly seats. The party secured a 39.67 per cent vote share in the elections for 403-member Assembly. Samajwadi Party (SP) bagged 47 seats, BSP won 19 while Congress could manage to win only seven seats. Congress was left red-faced as it failed miserably.