A 58-year-old MLA from Odisha's Phulbani who left education in the year 1978 due to family reasons is proving the old saying 'age is no bar for learning' by appearing for Class 10th examination this year. 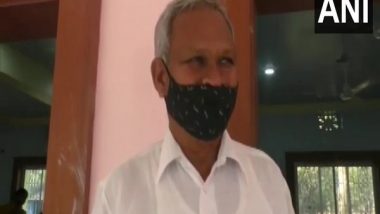 Phulbani (Odisha) [India], April 30: A 58-year-old MLA from Odisha's Phulbani who left education in the year 1978 due to family reasons is proving the old saying 'age is no bar for learning' by appearing for Class 10th examination this year.

Angada Kanhar, Biju Janata Dal (BJD) MLA from Phulbani, on Friday appeared for the first paper in the ongoing Matric examination being conducted by the Board of Secondary Education (BSE).

Kanhar was seen along with his two friends appearing for the English paper at Rujangi High School.

Before entering the examination hall, Kanhar said, "I was in my class 10 in 1978, but was unable to appear for exams due to some family issues. Recently, I was told that many people at the age of 50 or more are appearing for exams. So, I too decided to appear for the board exams. There is no age barrier to appear for exams or to get educated."

Kanhar is not the sole politician, who is appearing for the examination. He is being joined by one of his friends who is a Sarpanch.

"We are conducting board Exams at our centre which is open school exams. This is a special exam conducted for those who had to leave their studies midway for some reason. As many as 63 students have appeared for SIOS exam at our centre including Phulbani MLA Angad Kanhar and one of his friend who is a Sarpanch. This examination will get over by May 10," said Archana Bas, Headmistress, Rujangi High School.

A total of 5.8 lakh students are appearing for the Class 10 state board examination in Odisha that commenced on Friday. (ANI)