Rajasthan government's Industries Department and the apex industrial development body, the Rajasthan Industrial Development and Investment Corporation (RIICO), have launched a campaign to help local traders in expanding their businesses to foreign countries. 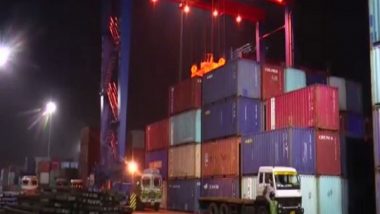 The campaign "Mission Niryatak Bano" is planned in six steps to register and handhold the local traders willing to expand their business to foreign countries.

As per a state government's release, the campaign will cover assistance of local traders from training, securing necessary documentation, registration in Rajasthan Export Promotion Council and even support in exports and trade operations.

"Along with traditional handicrafts and products, many new industries producing quality products are coming up in the state following the supporting policies of the Rajasthan Government. Many of these products hold quality and demand in international markets and by handholding the local businessmen the mission shall help increase the total exports from Rajasthan and increase job opportunities in the state," said Parsadi Lal Meena, Industries Minister, Government of Rajasthan.

In the advent of the mission, a video conference was held by the Rajasthan Industries Department on Tuesday for the orientation of its concerned officials towards the mission.

The conference was chaired by the Rajasthan Government's Commissioner of Commerce and Industries and Investment Archana Singh and had sessions on various aspects related to exports and registration of exporters.

The corresponding procedure was explained at the sessions by senior officials from the concerned department and bodies of central and state government.

The government said that from Wednesday onwards district level meetings will be held following which the departments will commence more concentrated efforts to associate more and more potential exporters with the campaign. (ANI)