From Gigi Hadid to Kendall Jenner to Lil Nas X, 10 Celebrities Who Slayed It with Their Fashion Choices at Met Gala 2021 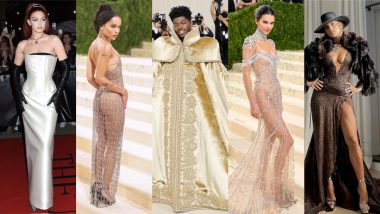 Washington, September 14: After a year-long hiatus, fashion's biggest event of the year, the Met Gala returned in 2021 with the theme of the evening, 'In America: A Lexicon of Fashion', reflecting the Metropolitan Museum Costume Institute exhibition.

Renowned for being the ultimate sartorial spectacle, attracting the most famous celebrities and designers, the Met Gala's red carpet has a history of creating memorable outfits.

This year's theme was a celebration of the home of the free and the sartorially brave, and everyone who attended the ceremony was dressed to the nines, but some stars stood out from the rest of the celebrities.

From a saintly supermodel to a tomboy pop star embracing her princess side to Grimes's futuristic 'Dune' references, here are ten red carpet revellers who nailed it: 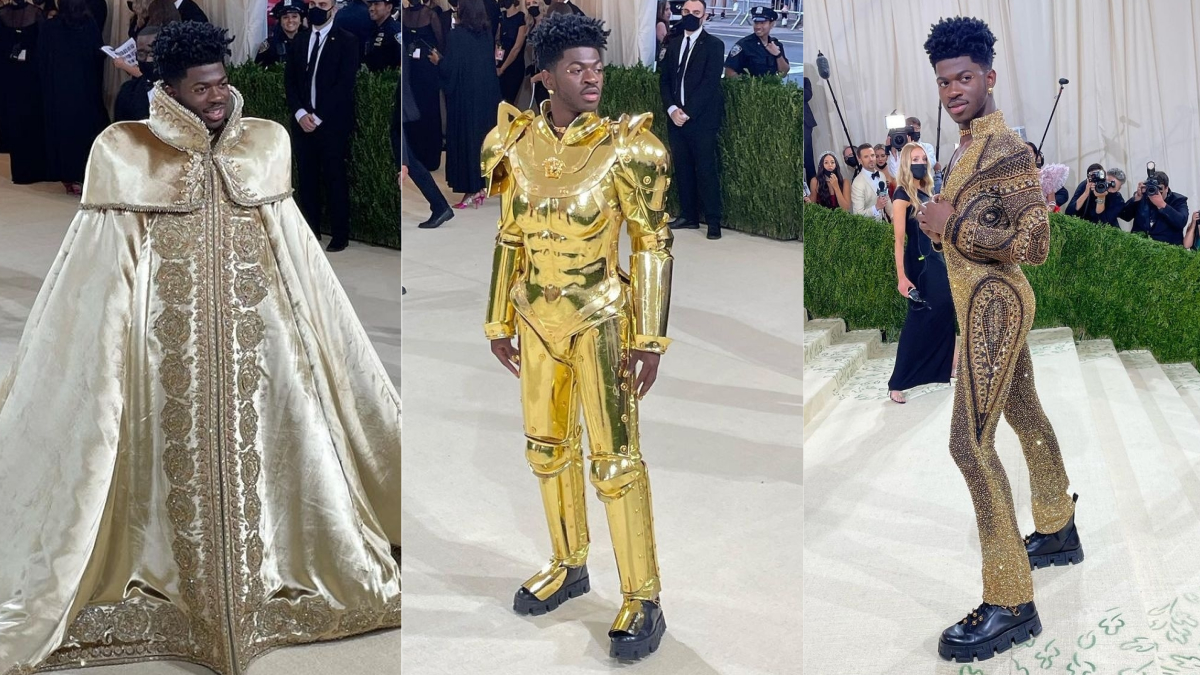 The American rapper made a statement in a three-part golden ensemble designed for him especially for the Met Gala by Versace. He started in a regal robe, then removed it to show a shiny gold knight's suit, then took that off to reveal his spangled jumpsuit.

The actor and singer arrived in a brown Ralph Lauren look that comprised a plunging gown fitted with a leather belt and a plunging neckline along with feathered sleeves. Lopez accessorized the ensemble with a cowboy hat and medallion necklace.

I THINK WE CAN ALL AGREE THAT ZOE KRAVITZ #MetGala pic.twitter.com/2S0cpdFQaP

The actor stunned everyone in her silver, see-through Saint Laurent by Anthony Vaccarello slip dress with a halter neck. Paired with a high bun and drop diamond earrings, Kravitz was a metallic vision. 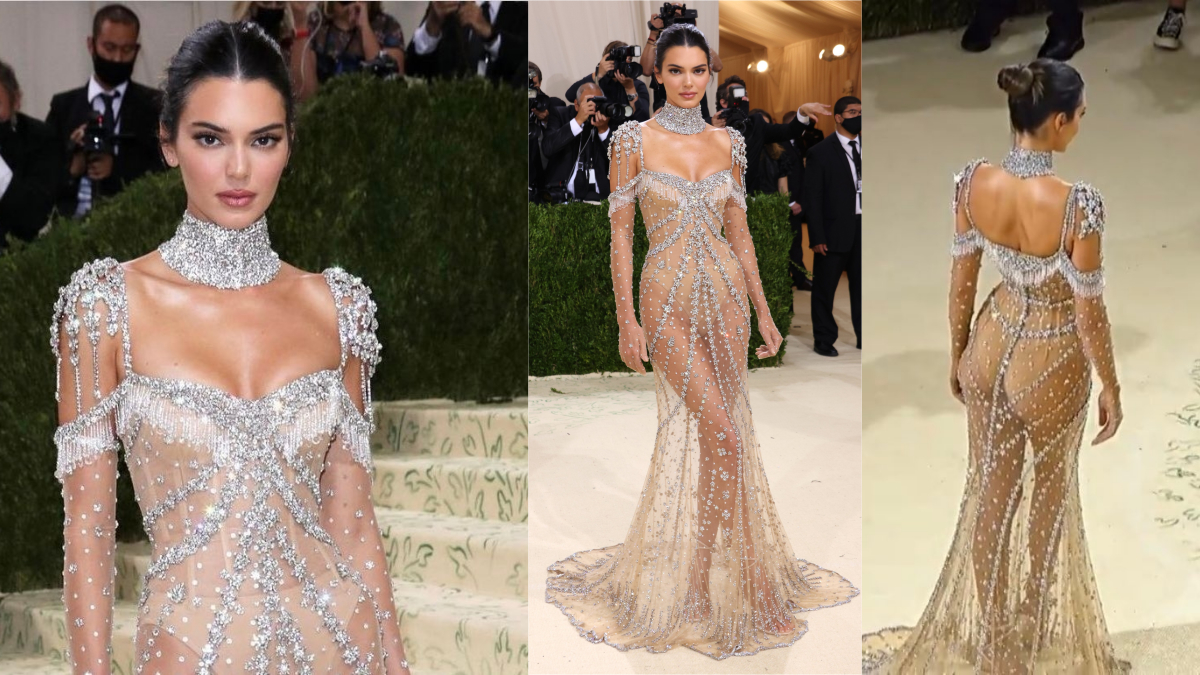 One of the last arrivals of the evening, Kendall made an entrance in a Givenchy Haute Couture custom-made look by Matthew M. Williams. Her dress was embroidered with crystals, crystal flowers, and crystal fringe, paired with matching embroidered gloves, a silk tulle bustier and beige leather sandals. 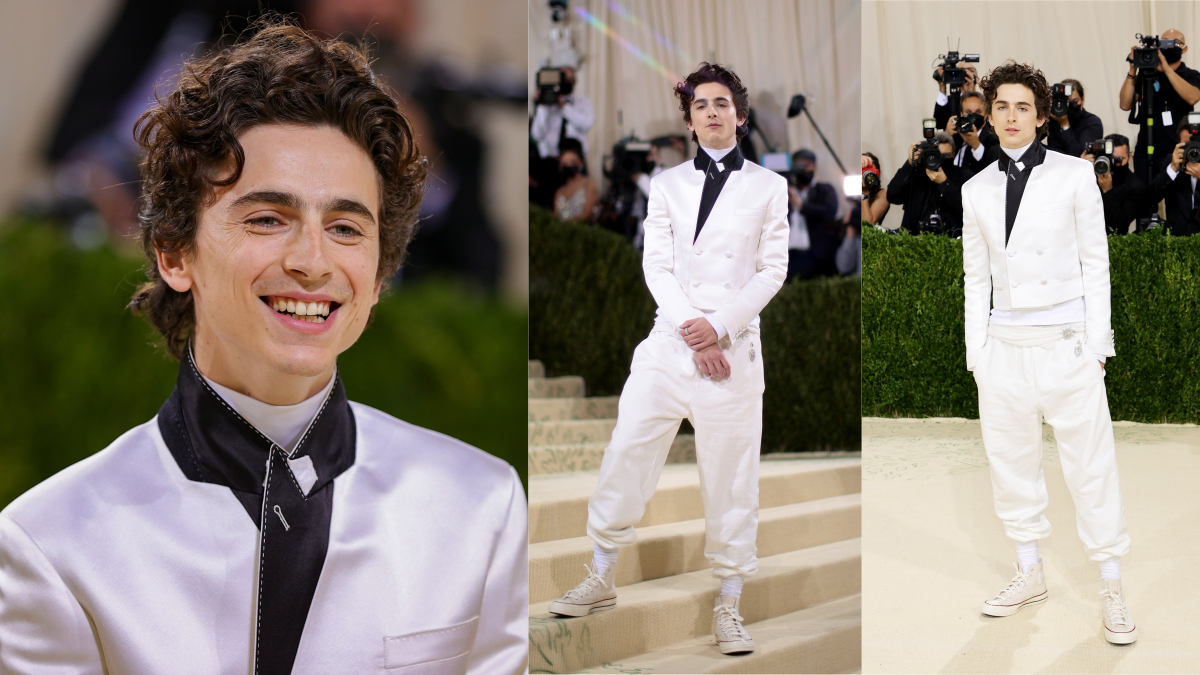 The actor, who co-hosted this year's event, wore a white double-breasted suit by Haider Ackermann featuring a cropped jacket and loose-fitting trousers. Keeping with the American theme of the evening, he paired the suit with white Converse trainers.

More of Grimes posing at the #MetGala pic.twitter.com/yeZoWQOiU1

Known to take risks, the musician wore a futuristic ensemble which was actually quite literary, inspired by the book 'Dune' by Frank Herbert, which has been made into films twice. She wore a mask from the original movie and donned Iris van Herpen's black and white semi-sheer 'Bene Gesserit' gown, a custom creation. 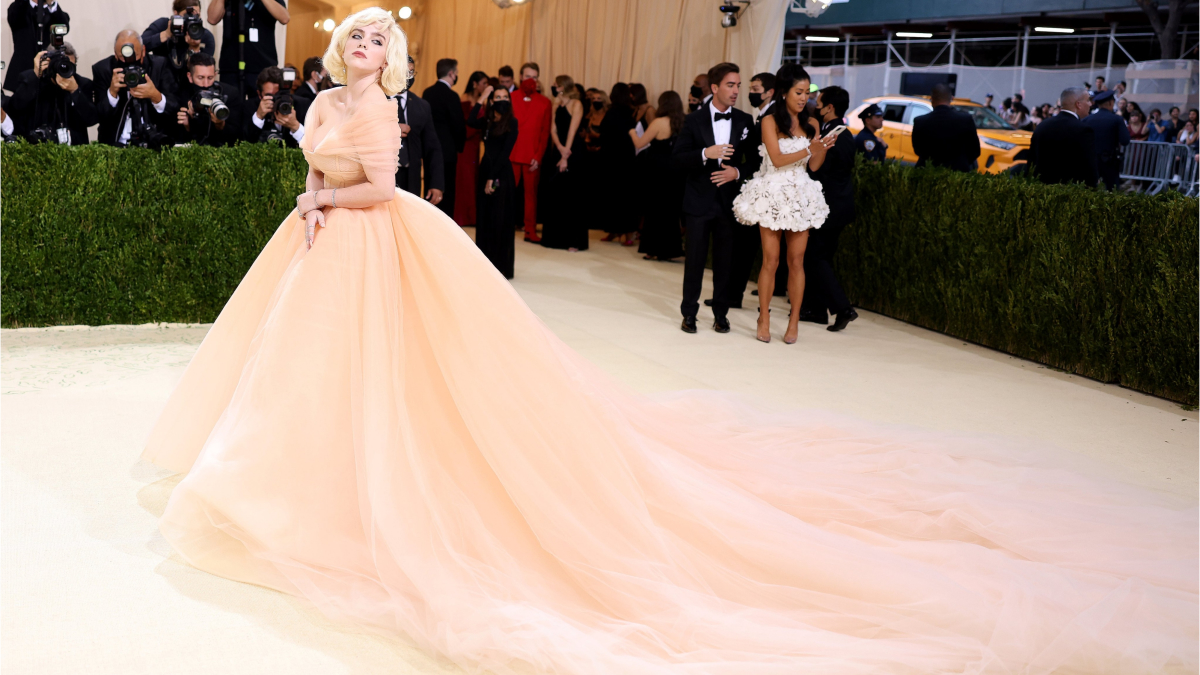 Wearing a peach strapless gown by Oscar de la Renta, the evening's co-host and bona fide American dream girl, Eilish looked something more closely resembling an Old Hollywood siren. She wore the frothy peach creation, complete with a full skirt, train, and a shoulder wrap that would have made Marilyn Monroe proud. 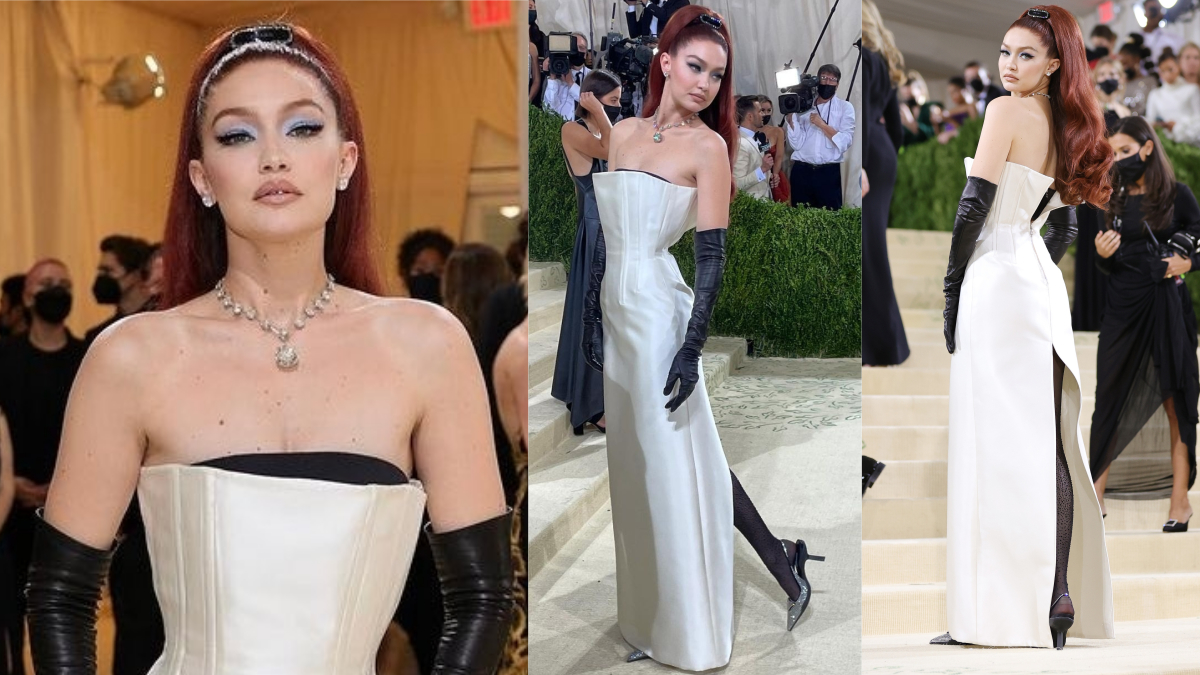 The supermodel got the glamour memo on lock, wearing a strapless, fitted silk white column gown with an asymmetrical bodice layered over a black bodice, all finished with black leather gloves high pony, barrette, and diamond necklace. Her look had a certain elegance in its simplicity.

The singer, who took a break from his tour to attend the annual Gala, looked sharp in the red ensemble that included a jacket with fringes and matching cowboy boots. His date for the night was none other than the fashion mogul Donatella Versace.

Fashion designer Harris Reed was responsible for this show-stopping ensemble, which featured a gold baroque-patterned corset and a feathered tiered skirt. The standout feature of the look, worn by the Somali-American model, was its large circular headdress.

The ceremony was delayed from its usual scheduled date on the first Monday in May after last year's event was cancelled due to the COVID-19 pandemic. Guests were required to provide proof of vaccination and wear masks at all times, except for when drinking and eating.