Actor Kareena Kapoor took to Instagram Story and lauded Priya on her achievement. 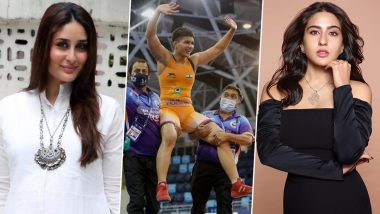 Winning streak continues for India! Another champion making us proud. Congratulations to #priyamalik for securing a gold in Wrestling World Cadet Championship! pic.twitter.com/XRktmX2beP 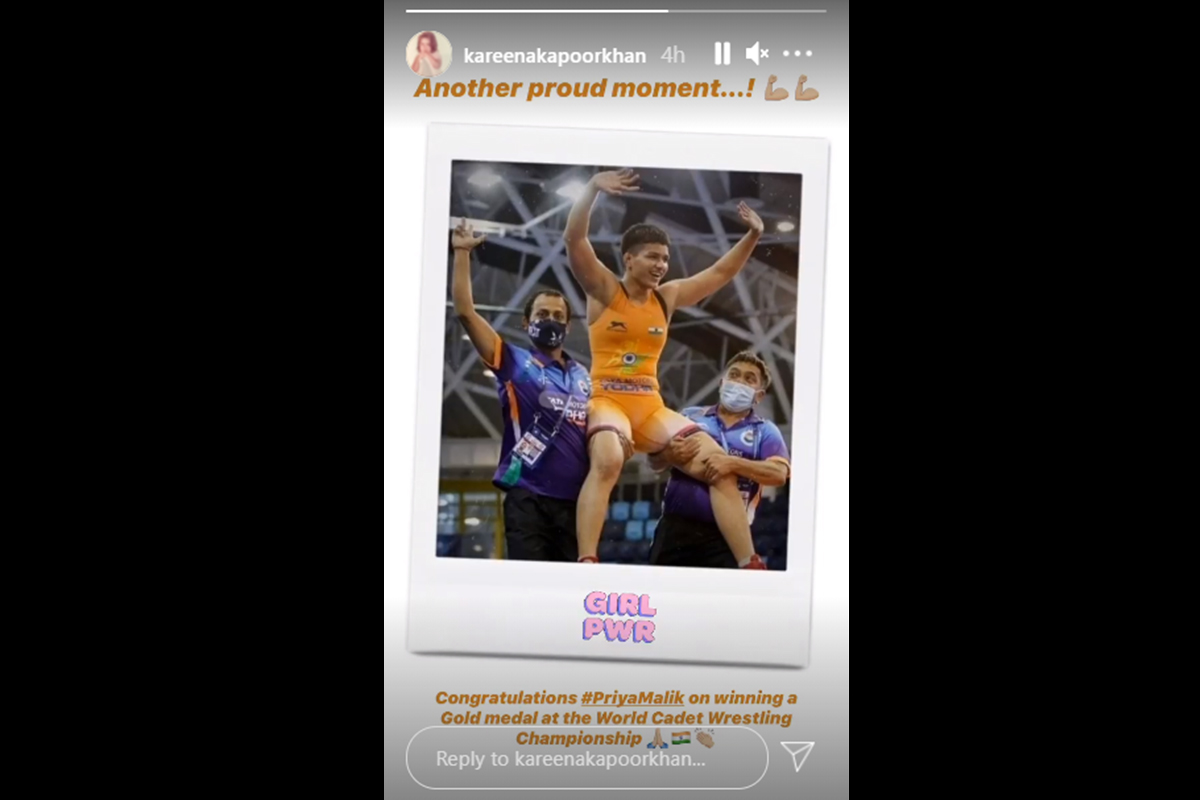 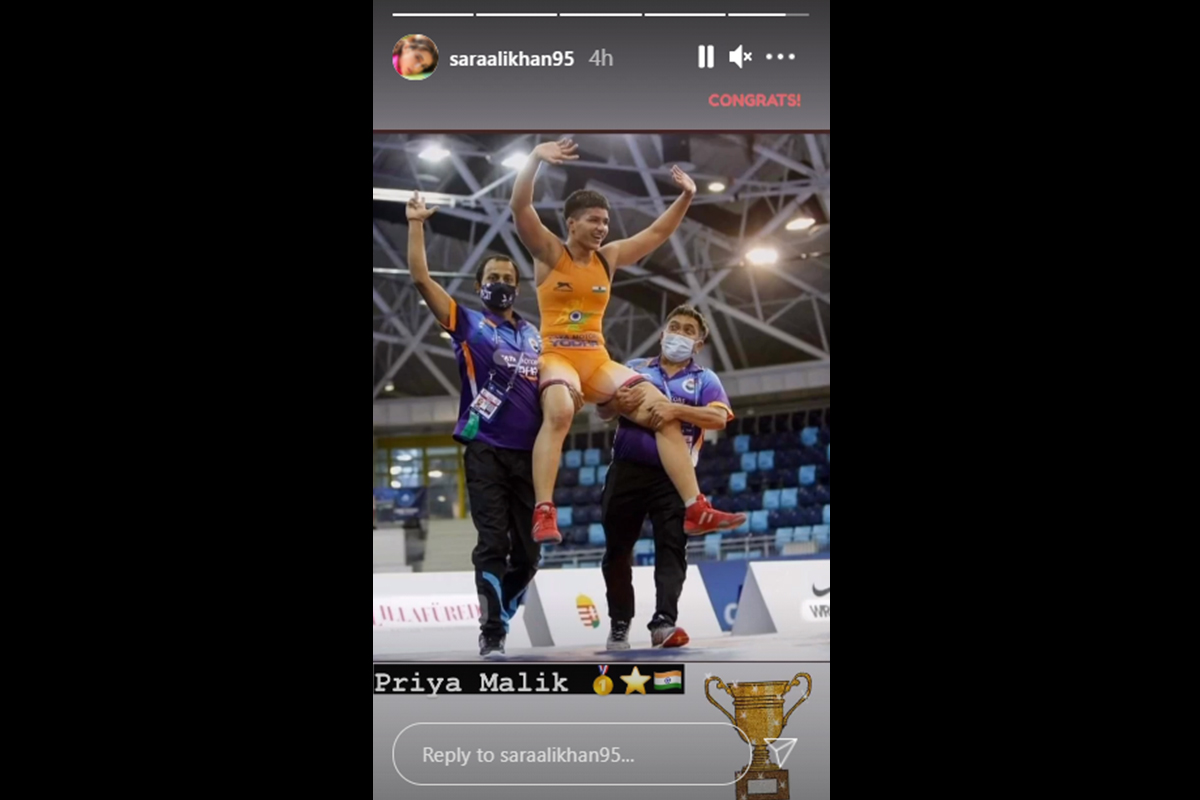 Actor Sara Ali Khan has also extended her congratulations to Priya. She posted a few emojis of the trophy and gold medal on her Instagram Story.

"Congrats," Sara posted. Actors Sagrika Ghatge and Sanjay Kapoor among many others have congratulated Priya. (ANI)